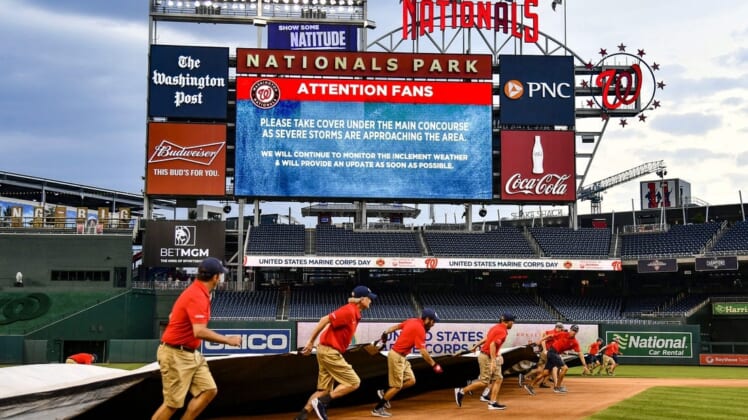 The series-opening game between the Seattle Mariners and host Washington Nationals was postponed because of expected severe weather Tuesday night.

The clubs instead will play a split doubleheader Wednesday. The teams were slated for a 12:05 p.m. ET game on Wednesday; now that will be followed by a 6:05 p.m. start for the second game.

The start of Tuesday’s game was originally delayed by some pregame rain, which eventually passed. But the threat of incoming nasty weather prompted the Nationals to seek permission from Major League Baseball to nix playing at all.

As an interleague series, this is the Mariners’ only scheduled visit to Washington this season.

Josiah Gray (7-5, 4.14 ERA) was announced as the Nationals’ starter for the first game of Wednesday’s twin bill, and Erick Fedde (5-6, 5.01) will start the second game. The Mariners had not yet announced pitching plans for Wednesday.