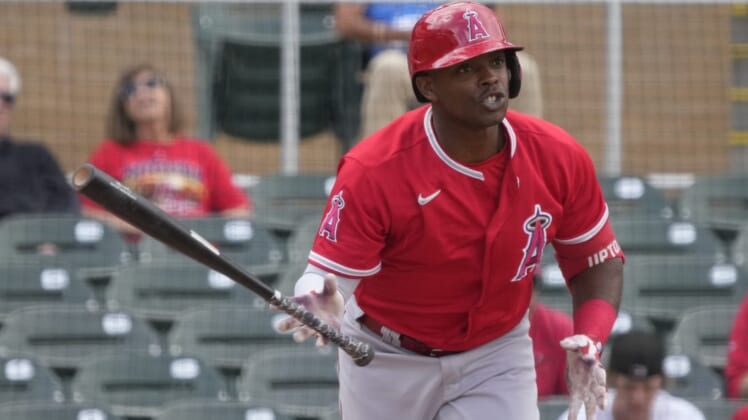 Veteran outfielder Justin Upton, who was cut loose by the Los Angeles Angels just before the start of the 2022 regular season, was called up to the Seattle Mariners on Friday.

The Mariners opened a roster spot Thursday when infielder/outfielder Sam Haggerty was optioned to Triple-A Tacoma.

Upton, 34, signed with the Mariners on May 21 before reporting to the club’s spring-training complex in Arizona. In 12 games with Tacoma, he batted .200 (9-for-45) with two home runs, six RBIs and eight runs.

Upton was designated for assignment, then released by the Angels in April with one season and $28 million remaining on his five-year, $106-million deal. The Mariners are now responsible for a prorated version of the league’s minimum salary.

Upton had struggled with injuries the past three seasons but had three home runs and 11 RBIs this spring before he was let go to open up more at-bats for younger Angels outfielders like Brandon Marsh and Jo Adell.