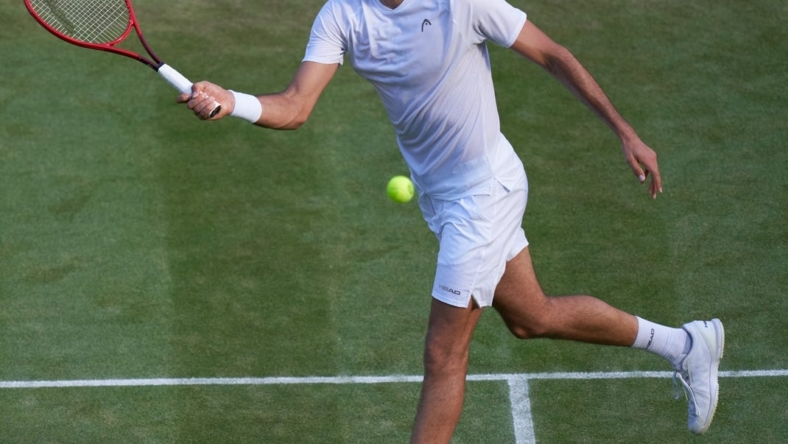 Marin Cilic compiled 20 aces while defeating Pablo Carreno Busta 5-7, 6-3, 7-6 (5) to help Croatia earn a spot in the Davis Cup semifinals with a 2-0 victory over Spain on Wednesday at Malaga, Spain.

Borna Coric delivered a 6-4, 7-6 (4) victory over Roberto Bautista Agut in the opening match before Cilic earned the clinching win. Croatia will face Australia in the semifinals on Friday.

“It’s an incredible effort by the team,” Cilic said. “It’s such a great privilege and honor to bring another point for the team Croatia and seal the win against the always strong Spanish team.”

Coric had a 12-2 edge in aces while sweeping Bautista Agut. He had 27 winners against 12 unforced errors, while Bautista Agut had nine of each.

“I just think in general I was playing very smart,” Coric said. “When I needed to attack, I did attack. When I needed to make a defense, I was defensive. I also mixed up the rhythm, as well, which is very important against him. I was just very pleased with my game, to be honest.”

The other two semifinalists will be determined on Thursday. The United States opposes Italy in one quarterfinal and Germany meets Canada in the other.