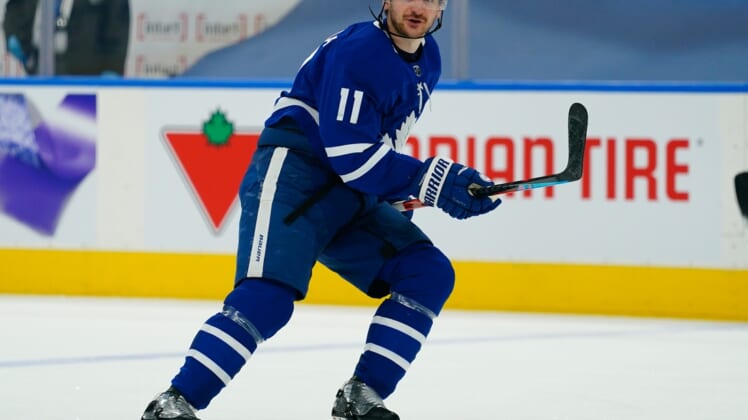 Toronto Maple Leafs forward Zach Hyman will miss at least the next two weeks as he recovers from a sprained MCL in his knee.

Hyman injured the knee in a collision with Vancouver Canucks defenseman Alex Edler in a 3-2 overtime loss on Sunday.

Edler was suspended for two games on Monday for the hit, which drew a major penalty and a game misconduct. The teams meet again on Tuesday night.

“Massive. He does a lot for us,” said fellow Maple Leafs forward Mitchell Marner. “He can play really anywhere in the lineup. Power play, penalty kill, 6-on-5, 5-on-6. So he’s a big part of our team.”

The Maple Leafs lead the North Division by four points but have lost their last four games (0-2-2). Toronto has seven of its remaining 11 games on the road.

“Of course we’ll miss him, but other people will step up and that in itself will make us a stronger group here down the stretch,” said Toronto coach Sheldon Keefe.