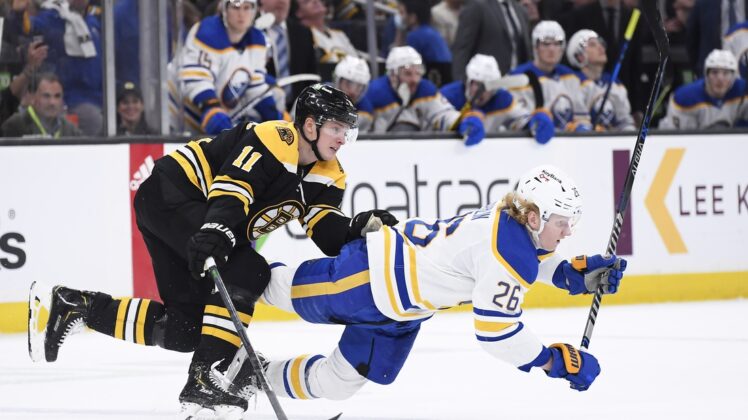 Both teams rested several top players, especially the Bruins, who were playing on back-to-back nights after defeating the Buffalo Sabres on Thursday.

The Maple Leafs (54-21-7, 115 points) will play the Tampa Bay Lightning in the first round of the playoffs.

Ilya Mikheyev, Nicholas Abruzzese and Pierre Engvall also scored for the Maple Leafs, who will have home-ice advantage in the first round.

Erik Kallgren made 24 saves for Toronto.

Frederic scored his eighth goal of the season, knocking in a deflection at 1:10 after Smith’s wraparound.

Toronto tied it on Mikheyev’s 21st goal of the season, a deflection of Mark Giordano’s shot on a power play at 3:51. Marc McLaughlin was serving a double minor for high-sticking.

Nylander scored at 13:16 of the first after his steal in the Toronto defensive zone resulted in a breakaway.

Toronto led 20-15 in shots on goal after two periods.

Nylander scored his 34th goal of the season eight minutes into the third period on a nine-foot forehand shot.

Boston had a goal disallowed at 10:24 of the third when a review determined the play was offside.

DeBrusk scored his 25th of the season on a 22-footer on a power play at 12:49 of the third. TJ Brodie was off for holding.

Auston Matthews, Mitchell Marner and John Tavares were among those not playing for Toronto.