Legendary boxer Manny Pacquiao is not done competing professionally and announced on Saturday he will be taking his talents to Japan in 2023 to fight for the Asian mixed martial arts organization Rizin.

Manny Pacquiao seems to be following in the footsteps of one-time opponent Floyd Mayweather Jr. — and several other combat greats — as he is in the midst of a transition away from relevant fights to more entertainment-based showcases.

Earlier this month, “Pacman” competed in an exhibition bout against DK Yoo in South Korea. On Saturday, he announced the next stop in what seems to be a tour of Asia in bouts outside the sphere of competitive relevancy.

During the broadcast of a co-promoted event between top MMA organizations Bellator MMA and Rizin, the 44-year-old revealed that he has signed a contract to compete for Japan’s top combat sports promotion next year, against an opponent to be named later.

“A few months ago, I was here as a guest, and today I have a very exciting announcement. I have agreed with Rizin to fight next year, the date will soon be announced, and also my opponent that Rizin will choose. I’m open and excited to fight a Japanese fighter.”

Will Manny Pacquiao compete in boxing or MMA for Rizin?

Manny Pacquiao is not the first nearly retired boxing icon to take their talents to Japan for Rizin. Mayweather Jr. has competed twice previously for the promotion. Scoring a knockout win over kickboxing star Tenshin Nasukawa in 2018, and then a technical knockout victory over MMA fighter Mikuru Asakura in September.

However, both bouts were in boxing, and one has to expect that will also be the case for the multi-division champion in his promotional debut. But, since Pacquiao is a fighter with losses on his record and is not trying to protect a legendary undefeated record and reputation, it is possible the bout could be with MMA gloves instead of boxing gloves, or under mixed rules — which has a long history in Asian cage fighting. 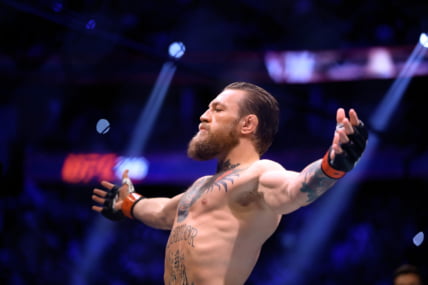 Pacquiao’s last relevant bout in boxing was a surprise unanimous decision loss to short-notice replacement Yordenis Ugas in an August 2021 title fight. It is unclear if Pacquiao’s bout in Rizin will be an exhibition or an official bout. The boxing great currently owns a 68-8-2 record in the ring.