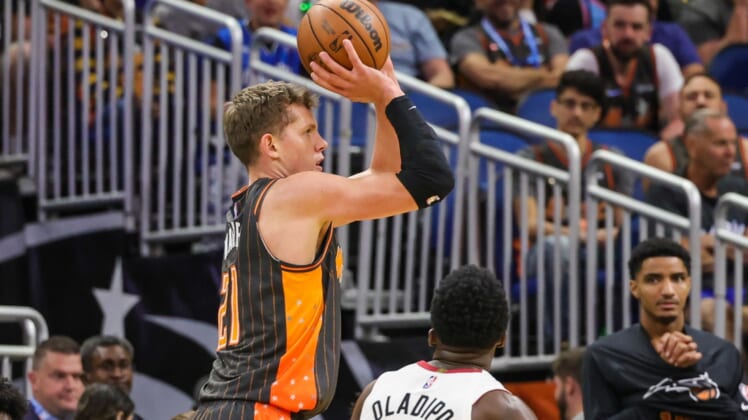 Chuma Okeke’s 17-point performance included five triples as Orlando snapped a five-game losing streak against the Heat. The Magic shot 23-for-58 from behind the arc — a new franchise mark for 3-point attempts — as Hampton went 4-for-7 and center Mo Bamba (21 points, 10 rebounds) made 5 of 9 attempts.

The Heat (53-29) will await the results of the four-team Eastern Conference play-in tournament to see whether they’ll face Brooklyn, Cleveland, Atlanta or Charlotte in the first round of the playoffs.

Orlando, which lost 60-plus regular-season games for the fifth time in the franchise’s 33-year history, finished 12-29 at Amway Center, including a 5-21 mark against Eastern Conference opponents. The Magic (22-60) have clinched a spot in the upcoming draft lottery.

Markelle Fultz’s double-double included 10 points and a career-high 15 assists as the Magic totaled 33 assists on 45 baskets. Moe Wagner had 14 points and 11 rebounds.

Miami’s leading scorer, Jimmy Butler, did not travel with the team to rest for the playoffs, and Bam Adebayo was ruled out after entering the league’s health and safety protocols. Coach Erik Spoelstra was also without Kyle Lowry (rest) and Tyler Herro (knee).