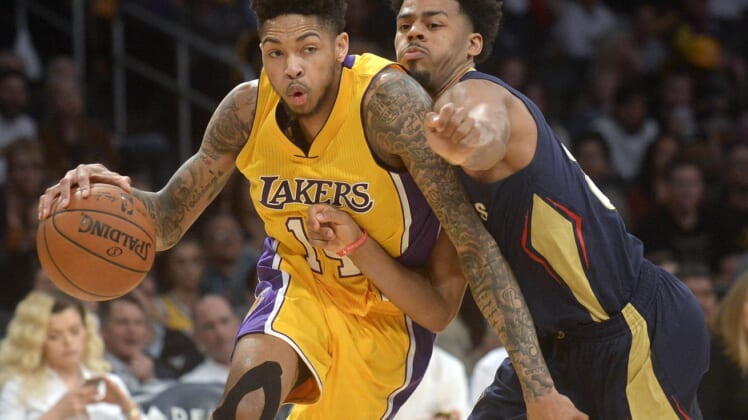 The upcoming offseason figures to be a busy one for the Los Angeles Lakers, who are keeping their options open about pretty much everything. But in an interview with ESPN Radio in Los Angeles, team president of basketball operations Magic Johnson made it clear that Brandon Ingram is in the team’s long term plans.

“I would say probably the only player that we would say, hey, we would probably not move is Brandon Ingram,” Johnson said, via ESPN’s Baxter Holmes. “I think that we’re excited about Brandon, his length, his size, his agility, his athleticism. And then when you think about, you know, he was a baby coming in, in his first year last season and we see that he really has a high ceiling and we’re excited about what he can possibly turn into.”

Ingram — 2016’s second overall pick — had an inconsistent rookie season. He certainly gave the Lakers and their fans reason for optimism. But he averaged only 9.4 points and four rebounds in 28.8 minutes per game.

Beyond the lack of willingness to trade Ingram, this begs another question. Would Los Angeles be willing to move D’Angelo Russell, especially if they draft Lonzo Ball second overall? The two play the same position and Russell isn’t excited about playing with Ball.

If nothing else, the Lakers will be a hot team in the offseason NBA rumor mill.