Luka Doncic ‘getting better’ but uncertain for Mavericks in Game 3 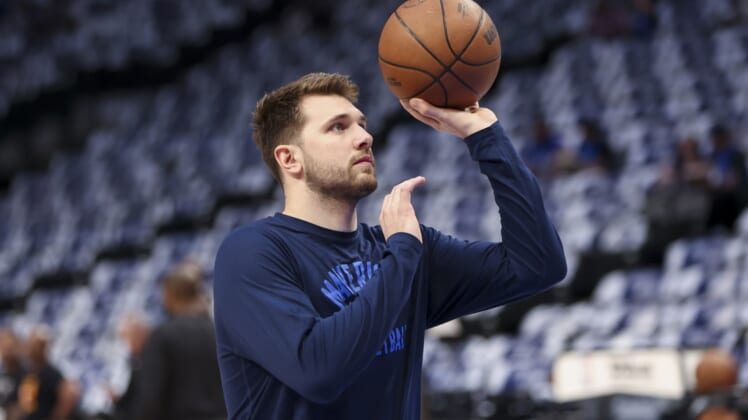 Luka Doncic sounded glad to be upright, even if the Dallas Mavericks’ All-Star is unsure what Thursday might bring.

Doncic missed the first two games of the best-of-seven series against the Utah Jazz with a strained calf. He said he spent the majority of his time on the trainer’s table getting treatment, and covets a change of scenery as the series shifts to Salt Lake City for Game 3 on Thursday night all square at one game apiece.

Doncic assessed progress but cautioned his concern is doing too much and suffering a setback.

“(Wednesday) and (Tuesday), I did a little bit,” he said. “We shouldn’t rush anything. But step by step, I think I’m improving a lot, and I’m getting better.”

Doncic, 23, sustained the injury in the third quarter of the Mavericks’ 130-120 win against the San Antonio Spurs in the April 10 regular-season finale.

“Injuries come at the wrong time. Luka’s injury came at the wrong time, but we can’t cry over spilled milk,” Kidd said. “We’re all professionals and we understand what the situation is. If he can go, that doesn’t automatically mean we’re going to win games, but we feel better if he is on the floor. Hopefully, he can get on the floor soon.”

A two-time All-NBA performer and three-time All-Star, Doncic averaged 28.4 points, 9.1 rebounds and 8.7 assists in 65 starts this season, finishing third in the league in scoring and fifth in assists.