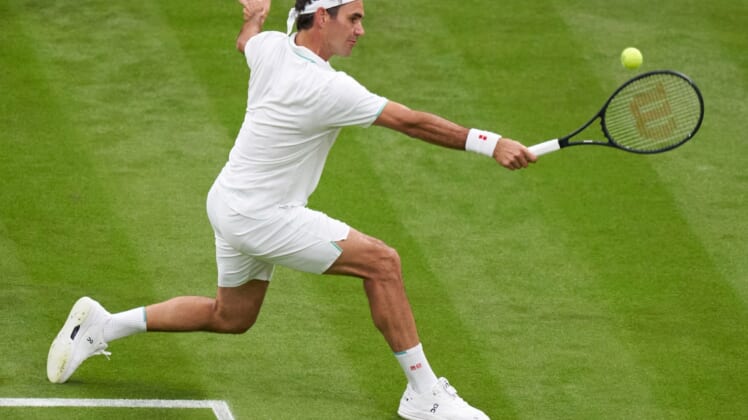 Roger Federer was spared a serious upset bid in his first-round match Tuesday when the “better player” Adrian Mannarino was forced to retire after slipping on the grass court at the All England Club in London.

Federer won the opening set, lost the next two and was a break down in the fourth when Mannarino — on his 33rd birthday — slipped and had his right knee buckle underneath him.

Mannarino was given painkillers and returned, only to drop the fourth set and then retire one point into the fifth after two hours, 44 minutes.

“It’s awful,” Federer said. “It shows that one shot can change the outcome of a match, a season, a career, so I wish him all the best. I hope he recovers quickly so we can see him back on the courts because, look, he could have won the match at the end. He was the better player. I definitely got a bit lucky but who cares about that — I wish him all the best.”

Federer, the No. 6 seed in the men’s draw, had not lost in the first round of a Grand Slam since Wimbledon 2002.

Federer draws another Frenchman in the second round; Richard Gasquet defeated Japan’s Yuichi Sugita in four sets in their first-round match.

The Ugo Humbert-Nick Kyrgios match was suspended in the fifth set with the score knotted at 3-3 due to Wimbledon’s 11 p.m. curfew.