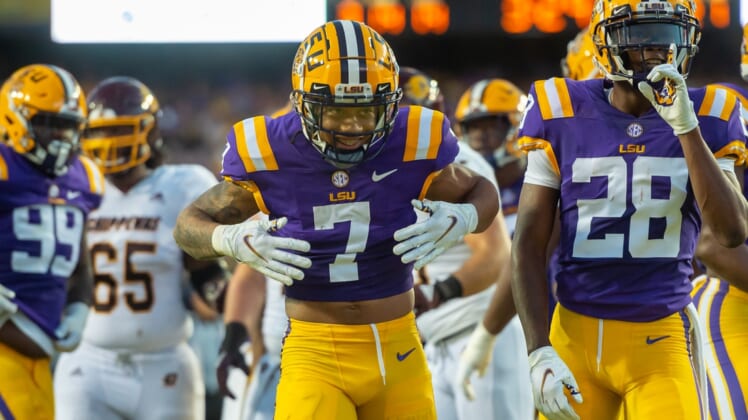 Stingley, a consensus All-American in 2019 when the Tigers won the national championship, announced his decision through The Players’ Tribune.

“Becoming a national champion and being a part of the real DBU,” Stingley wrote, citing his school’s penchant for producing NFL-caliber defensive backs. “Those experiences will last me a lifetime, and I’m proud to say I contributed to that. I’ll always rep LSU and the brotherhood forever.

“Right now I know that I am ready to lock in and focus on what’s next. I wanted you to hear it from me first that I’ll be declaring for the 2022 NFL draft.”

Stingley is considered the top cornerback in the draft with some prognosticators forecasting he will be one of the top five selections.

His 2021 season was short, ending after three games due to a left foot injury that required season-ending surgery.

All six of Stingley’s interceptions at LSU came in 2019. He had 73 tackles and two forced fumbles in 25 career games (24 starts).

Stingley is the grandson of the late Darryl Stingley, a former New England Patriots receiver who was paralyzed by a hit from Oakland Raiders safety Jack Tatum in a 1978 preseason game.