There’s been a ton of Los Angeles Lakers trade rumors through the first 2.5 months of the 2022-23 NBA season. Some of these rumors are laughable with suggestions that they will target someone like Brooklyn Nets star Kevin Durant.

First off, Los Angeles doesn’t have the assets to pull off a deal like that ahead of the Feb. 9 NBA trade deadline. Secondly, players such as KD rarely become available in-season.

Instead, general manager Rob Pelinka will have to work his magic to improve Los Angeles’ roster behind LeBron James. It might require giving up at least one of the two first-round picks (2025 and 2027) that the Lakers have available. It also likely won’t be a blockbuster trade.

At 16-21 on the season and as the 12th seed in the Western Conference, it’s clear that the Lakers need to make a move or two here within the next five weeks. Below, we look at three ideal scenarios.

As mentioned above, it seems highly unlikely that the Lakers will be able to pull off an earth-shattering move ahead of the NBA trade deadline. Instead, finding some rotational pieces that fill holes would make the most sense.

In this scenario, the Lakers pick up a sharpshooting guard in Burks who is connecting on 45% of his shots from three-point range on the season. To put this into perspective, current Lakers guards Dennis Schroder (34%), Patrick Beverley (33%) and Kendruck Nunn (31%) are struggling big time from distance on the season. LeBron James (30%), Anthony Davis (29%) and Russell Westbrook (27%) aren’t doing any better.

The Lakers also nab a veteran backup point guard in Joseph who was shooting 37% from distance in the three seasons leading up to 2022-23. In return, Los Angeles sends the enigmatic Beverley and two future second-round picks to a rebuilding Pistons team that’s in tank mode right now.

Houston has been holding out for a first-round pick in exchange for Gordon. That just doesn’t seem reasonable with a non-guaranteed deal for the 2023-24 season. The Rockets are more likely to get multiple second-round picks in exchange for the aging guard.

That’s where Los Angeles comes into play. It can offer up two second-rounders and salary fillers for the 34-year-old guard. In return, the Lakers nab a bench option to team up with Russell Westbrook who is a career 37% shooter from distance and can pop off for 20 points on any given night. This might be Pelinka’s best possible move ahead of the NBA trade deadline. 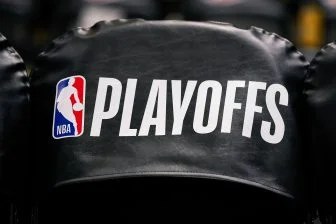 There’s a good chance that Washington will look to trade Kuzma rather than face the risk of losing him for nothing during the summer. The former Lakers first-round pick can opt out of his contract and become a free agent. That seems to be a reasonable end result with him earning a below-market $13 million per season.

We know very well how Kuzma’s first tenure in Suthern California ended. It wasn’t great for the talented forward. But for the Lakers to be able to acquire a 20-point scorer who can team up with Davis and James in the frontcourt, it would be an absolute coup.

From Washington’s perspective, it once again retools behind Bradley Beal on the fly. This team continues to struggle building a solid core group behind the recently-extended guard. Instead, it picks up a Lakers unprotected first-round pick in 2025 to use as an asset in another trade to get Beal more help.