Los Angeles Lakers legend trashes today’s NBA players: ‘All they do is practice threes, get tattoos, and tweet’ 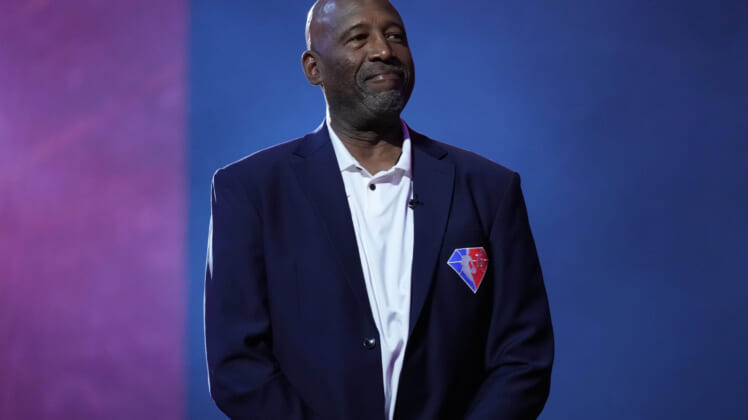 When Worthy entered the league in 1982 it was a far different time. The same could be said when he retired from the NBA in 1994. The league has changed so much since the 1980s and ’90s. Be it in the physicality level, how the game is called, and the talent entering the NBA each year.

Players from yesteryear not being a fan of the current game is nothing new and is something you see from former pro athletes in all sports. Yet, while James Worthy doesn’t approve of the way the game is played now, with its heavy emphasis on three-point shooting and what he feels is a lack of fundamentals, he also believes players are not well prepared for life as a professional athlete.

During a Wednesday appearance on the “Stoney & Jansen Show,” Worthy explained his feeling that players are entering the league too early. And that the lack of a multi-year tenure at the college level has left them lacking many key basketball fundamentals on the court, and the readiness to properly manage the large sums of money they make off it.

James Worthy played 12 seasons in the NBA, all of them with the Los Angeles Lakers. He was a seven-time All-Star and a three-time NBA champion. In 2022, he was voted one of the 75 best players in league history.