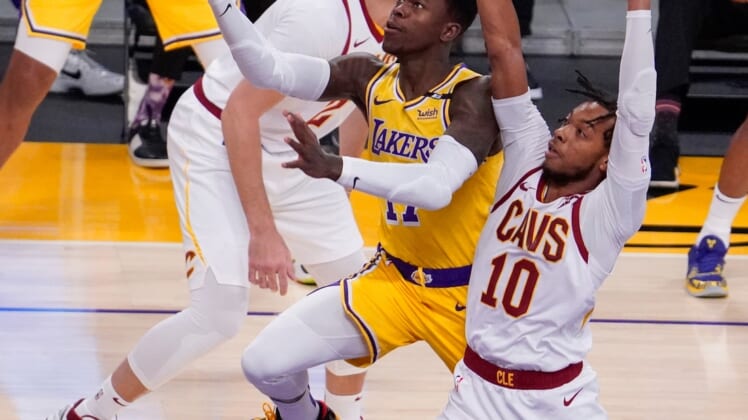 Los Angeles Lakers guard Dennis Schroder is expected to miss 10-14 days due to the NBA’s health and safety protocols, The Athletic reported Monday.

Schroder, 27, was listed as inactive for the Lakers’ 121-114 loss to the visiting Toronto Raptors on Sunday.

“I mean obviously he’s a heavy usage player for us, so it’s a big loss,” Lakers coach Frank Vogel said Sunday about Schroder. “But we’ve got plenty of guys who can step up in his place and carry that load.”

The defending champion Lakers (36-28) have dropped six of their past seven games and slipped to sixth place in the Western Conference with eight games remaining, including Monday night’s home contest against Denver.

Schroder joined the Lakers in a November 2020 trade with the Oklahoma City Thunder.