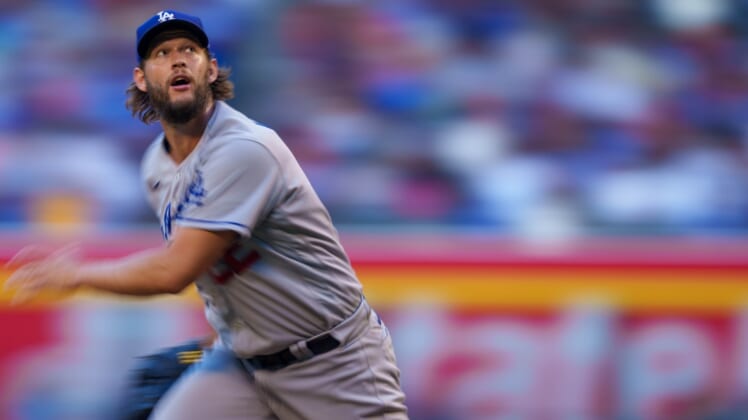 The three-time National League Cy Young Award winner, who spent more than two months on the injured list this season with left elbow inflammation, gave up one hit in an uneventful first inning. He ran into trouble quickly in the second inning.

Kershaw gave up three consecutive hits to allow a run to score, with a second run coming home on a groundout. After a two-out RBI double from Kolten Wong, Kershaw received a visit from manager Dave Roberts and a team trainer before he was removed from the game following a brief discussion.

The Dodgers began the final weekend of the season trailing the San Francisco Giants by two games with three remaining. Los Angeles was attempting to capture its ninth consecutive NL West title.