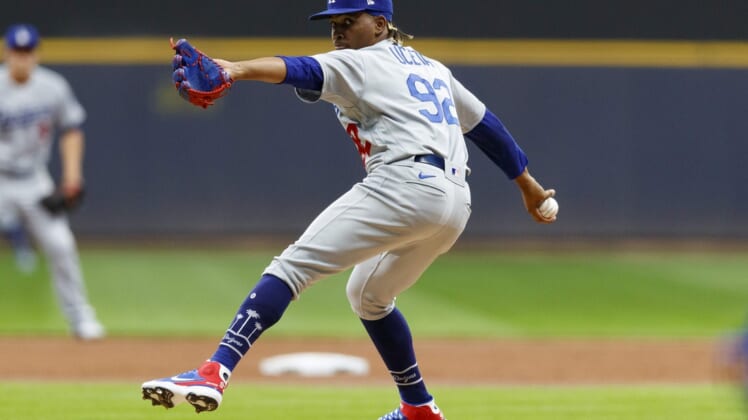 The Los Angeles Dodgers made a swap on their pitching staff Saturday, adding left-hander Alex Vesia to the active roster, while they optioned right-hander Edwin Uceta to the team’s alternate training site.

Vesia, 25, is making his second appearance on the Dodgers roster this season but did not pitch the last time as he still awaits his debut with the club. He has five major league appearances, all with the Miami Marlins last season, going 0-1 with an 18.69 ERA in 4 1/3 innings.

Uceta, 23, made his major league debut Friday against the Milwaukee Brewers, making the start and giving up two runs on four hits over two innings in the Dodgers’ 3-1 road defeat.