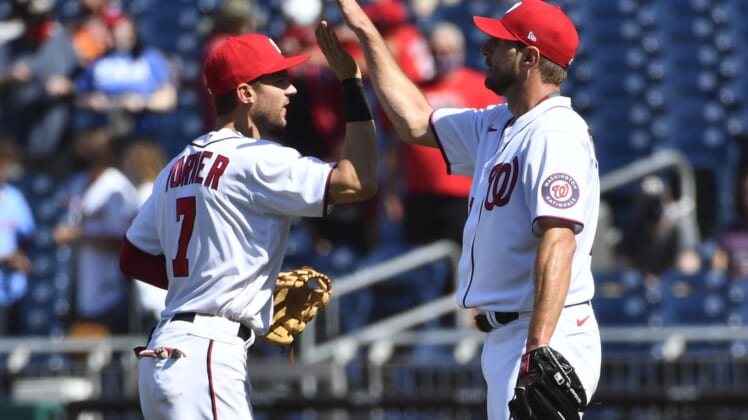 “Today is heart wrenching as we say goodbye to two of the most accomplished players and two of the best people in our team’s history,” Nationals owner Mark D. Lerner said in a statement. “On behalf of my family and the entire Washington Nationals organization, I want to thank Max and Trea for their invaluable contributions both on the field and in the community, where each have been selfless with their time and resources over the years.”

Scherzer made the All-Star team for the eighth time in nine years in 2021. He won the American League Cy Young Award with the Tigers in 2013 and the NL Cy Young with the Nationals in 2016 and 2017.

From DC to LA.

Ruiz, 23, batted .143 (1-for-7) with a solo homer in six games this season with the Dodgers. He is the top prospect in the L.A. farm system and the No. 16 prospect in baseball, according to Baseball America.