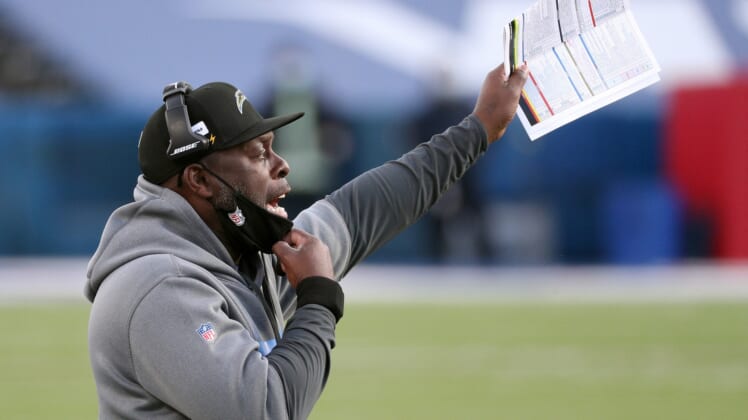 Anthony Lynn and the Los Angeles Chargers are coming off their worst loss in franchise history, a blowout 45-0 defeat at the hands of the New England Patriots. Los Angeles found itself at 3-9 on the season heading into Sunday’s meaningless Week 14 game against the Atlanta Falcons.

Despite their lack of success over the past couple seasons, the Los Angeles Chargers are apparently committed to Lynn at least through the end of the 2020 campaign. We’re still not sure why.

What we saw in Southern California late in the second quarter on Sunday adds a completely new layer to this whole conversation.

The Los Angeles Chargers were facing a fourth and inches from inside Atlanta’s 10-yard like as time was expiring in the second quarter. As you can see, there was a ton of confusion. Los Angeles’ offense stayed on the field before its coaching staff told the special teams to take to the field. The end result was some Benny Hill level stuff.

The interesting thing here is that Lynn himself noted ahead of Sunday’s game that he was going to get more involved on special teams. How’s that working out?

The Chargers ultimately found themselves down 17-10 at the half, coming away with zero points on that final drive. It’s some ugly stuff from the Anthony Lynn-led squad.