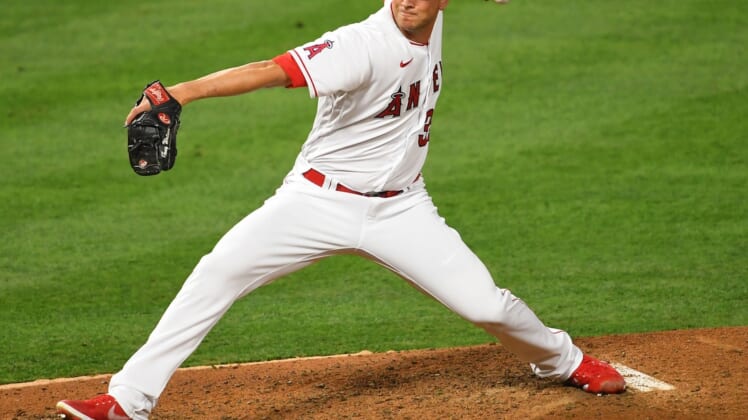 The Los Angeles Angels placed a pair of left-handers back on the active roster Sunday, reinstating Tony Watson from the injured list and recalling Jose Suarez from Triple-A Salt Lake.

Pena, 31, struggled in two relief appearances for the Angels, giving up seven earned runs in 1 2/3 innings. He gave up five of those runs in an inning of work against the Dodgers on Saturday. In 104 career appearances (24 starts) over six seasons, Pena is 15-8 with a 4.66 ERA for the Chicago Cubs and Angels.