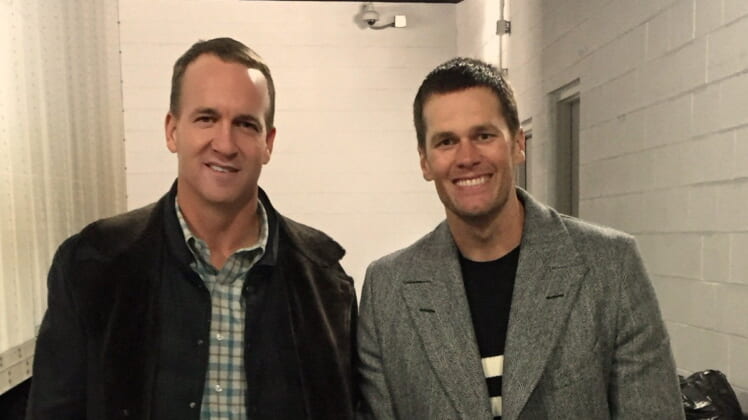 Ever since Tom Brady took over as the New England Patriots starter back in 2001, the quarterback found himself in a heated rivalry with an older Peyton Manning.

Both quarterbacks played for AFC title contenders during their 16 years in the NFL together. They met multiple times in the playoffs with a trip to the Super Bowl bowl on the line.

Now, four years after Manning retired, he’s hanging out with Mr. Brady. Not only that, the Pats’ quarterback decided to squash rumors of a feud between the two.

“Spoiler alert… we were friends this whole time. Always great to see you Peyton,” Brady wrote.

The two all-time greats certainly look happy as they took a selfie.

Even more random is the fact that former college football player and Hollywood star Dwayne “The Rock” Johnson was among the first to respond. It was all sorts of amazing.

“If you two had just a little more drive and ambition, it’s crazy to think what you could’ve become,” The Rock wrote.

Comedian Kevin Hart chimed in, noting that “this changes everything.”

So much star power on one IG post. The moral of the story here being that two friends can hang out off the field while going toe-to-toe on the field.