LOOK: Joel Embiid has something to say about Kristaps Porzingis blockbuster 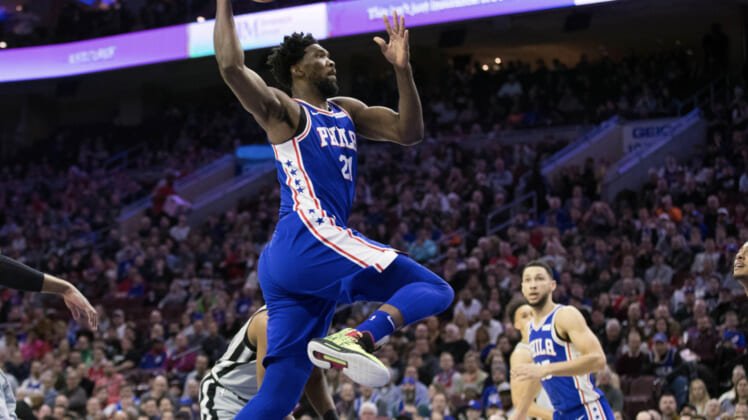 The NBA world was thrown for a loop Thursday afternoon when reports trickled in that the New York Knicks have traded star forward Kristaps Porzingis to the Dallas Mavericks in one of the biggest blockbusters in recent NBA history.

Porzingis will now team up with Luka Doncic to form one fo the best young tandems in the entire NBA — shifting the league’s power structure to the Western Conference even more.

Following reports of the massive trade, Philadelphia 76ers big man Joel Embiid had something to say on Twitter. He didn’t mention the deal specifically, but we can obviously read between the lines.

If the Unicorn wasn’t going to head to Philadelphia, seeing the Knicks send him out west has to be considered a boon for the Sixers and Mr. Embiid.

With the Eastern Conference already acting the part of a junior varsity roster, Embiid and his Sixers have a real good chance of dominating over the long haul.