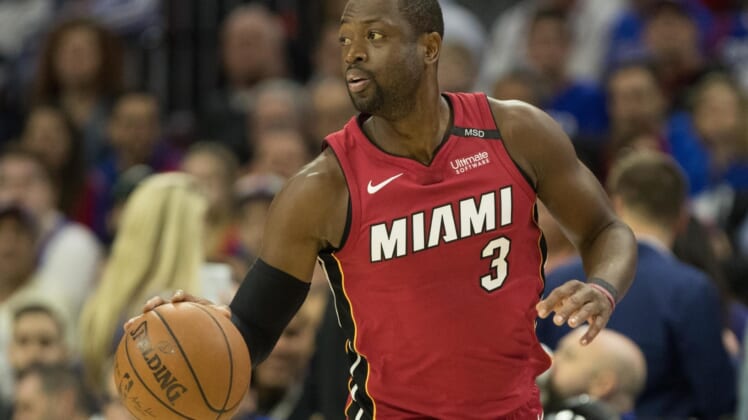 Miami Heat star Dwyane Wade will be making what’s likely to be his last appearance in Phoenix as an NBA player Monday night.

None of that seemed to matter to Suns youngster Devin Booker, who showed some mad respect to the future Hall of Famer ahead of the game.

As you can see, Booker is sporting a Dwyane Wade shirt as he prepares to take on one of this generation’s greatest of all-time.

We’re sure to see a jersey exchange between the two after the game as well.

This is just the latest example of youngsters around the Association paying their respects to a three-time champ. Booker was just six years old when the Heat selected Wade in the 2003 NBA Draft.