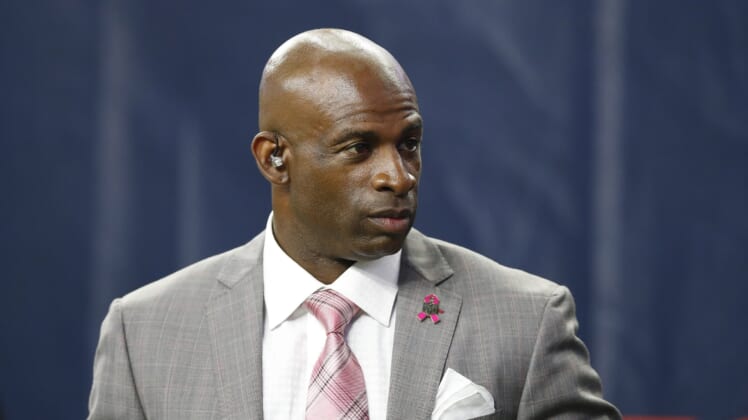 We’ve all had embarrassing encounters on social media. That time you tried to slide into his/her direct messages, only to post it for everyone to see. We’ve all been there. But Pro Football Hall of Famer and NFL Media personality Deion Sanders took that to en entirely new level on Tuesday.

In responding to a tweet from Tennessee Titans All Pro safety Kevin Byard, Sanders made one major mistake.

Let’s see if you can point it out.

How do you make this statement and not include the two first team AP All Pro safeties?? ? @DeionSanders #INeedAnswers https://t.co/HzRaV3h85g

You're looking at who writers tell u who's the best I know who players and former players feel is the best. I rest my case. You continue to be a fan and i will continue being the man. #Truth https://t.co/gnpwJHjxEK

Sanders is an on-air personality for a network owned by the NFL. And somehow he doesn’t know Byard is a current player in the league. Heck, one of the best safeties in the game.

But don’t worry, Byard made sure to put Primetime in his place.

And if you didn’t know, I am a CURRENT player who watches a ton of film so trust me, I know who’s balling and who is not. Talking about be a fan ? https://t.co/s099lNjiq2

Yeah @KB31_Era talk that talk. All gas no breaks. Facts>opinions

And it definitely wouldn’t be a sass session without one Mr. Jalen Ramsey.

Man bump that! Talk that talk KB! You know you a beast, a whole lot of others know it too Trust me! You supposed to believe you the best! & You got the film to back it up! Everybody got opinions but just keep giving facts bro! https://t.co/dIegdgAnWi

The moral of the story here? Maybe look at the person you’re actually talking to before drawing conclusions.