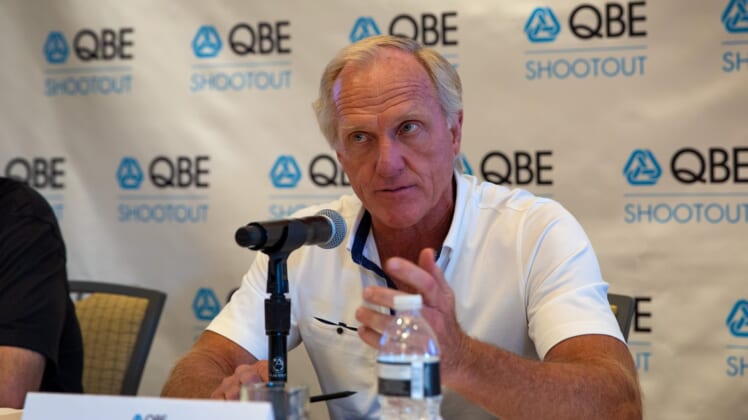 The LIV Golf Invitational Series announced Monday it will hold its season-ending Team Championship at Trump National Doral in Miami.

The Team Championship will feature a $50 million purse and conclude an eight-tournament series that kicks off in London in June.

The Saudi-backed series, previously referred to as the Super Golf League, plans to dole out more than $250 million in total purses. As of Monday, no golfers had publicly committed to the series, which PGA Tour commissioner Jay Monahan has opposed.

Doral hosted a PGA Tour stop from 1962 until 2018. Former president Donald Trump has owned the property since 2012, when his organization purchased it out of bankruptcy.

“There could not be a more perfect location to host our biggest event of the year at a course with such a long history with professional golfers, and we are excited to add another piece of history to this famed destination,” Greg Norman, CEO & Commissioner of LIV Golf, said in a statement. “I am very much looking forward to October to watch these teams go head-to-head to compete for the largest prize purse in tournament history. As we continue to select locations for our events in world-class cities, we knew Miami had to be included in the rota, and the Blue Monster is a fan favorite and a perfect place to end our inaugural season.”

Five of the eight events will be contested in the U.S. and two will be in Asia.