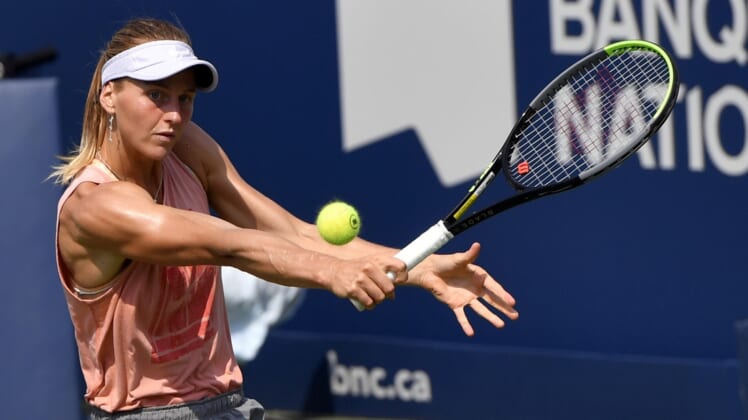 Liudmila Samsonova of Russia kicked off the Porsche Tennis Grand Prix in Stuttgart, Germany, with a perfect 6-0, 6-0 victory over France’s Chloe Paquet on Monday.

Samsonova, 23, took care of business in 59 minutes. She hit three aces, won 18 of 25 first-service points (72 percent) and converted 6 of 8 break-point opportunities while saving the only break point she faced. Samsonova will face a Czech opponent in the next round, either sixth-seeded Karolina Pliskova or Petra Kvitova.

In the only other match of the day, Russia’s Ekaterina Alexandrova advanced in much different fashion, winning two tiebreakers to defeat Shuai Zhang of China 7-6 (5), 7-6 (6).

Neither woman broke her opponent’s serve in the first set before Zhang grabbed a 4-0 lead in the tiebreaker. Alexandrova fought back with four straight points to tie it, fell behind 5-4 and promptly won the final three points to secure the set.

Alexandrova again trailed Zhang in the second-set tiebreak, 4-2, and saved a set point down 6-5 en route to the close victory.