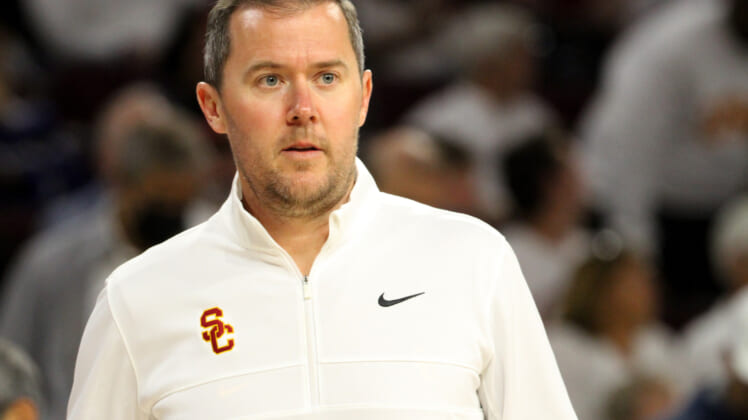 USC Trojans head coach Lincoln Riley bolted from Oklahoma for a massive contract and better opportunities in Los Angeles. As the 2022 college football season approaches, Riley will be studying film and preparing for camp at an absurd Los Angeles mansion.

Months after officially being named USC’s football coach, Riley is really settling into Southern California. The Trojans are pulling in top recruits and impact talent from the transfer portal, building a strong team for 2022 and beyond. However, Riley’s biggest splash came on the housing front.

According to Front Office Sports, Riley is the new homeowner of a $17.2 million mansion and oceanfront state located in Los Angeles. Needless to say, the 13,000-square foot fortress comes with an absurd amount of features.

Known in the real estate industry as “Roessler Estate”, is located on the oceanfront Palos Verdes Estates peninsula just south of Los Angeles. It’s also the former residence of Fred Roessler, who first served as mayor of Palos Verde Estates.

Originally listed for $19 million, Riley landed the home at a slight discount. The redesigned look is modeled with Spanish influences. It’s also so famous in the region that there is a video tour, allowing people to see what the inside of Riley’s new home looks like.

We’re not exactly sure what Riley needs seven fireplaces for, especially in California. A three-level elevator also seems a bit much for a young coach who jumps around on the sidelines. While those features might be excessive, a massive wine room, guest house, putting green and movie theater will come in handy whenever USC’s football program holds a gathering at the estate.

It’s fair to wonder if the ongoing Congressional probe into coaching salaries might take notice of the new Lincoln Riley mansion.