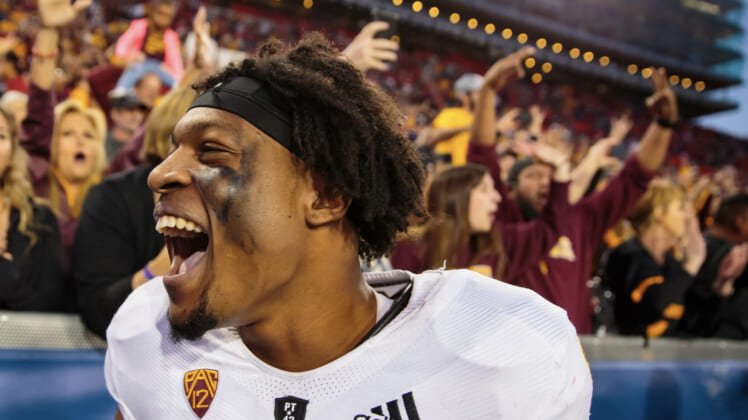 The 2019 NFL Draft could very well be stacked with first-round pass catchers. Everyone from Mississippi’s A.J. Brown to Kelvin Harmon of North Carolina State seem to be getting first-round buzz.

We can now officially add a star receiver to the list. Arizona State star pass catcher N’Keal Harry took to Twitter on Monday to announce that he’ll forego his senior season with the Sun Devils and enter next year’s draft.

Leading up to Arizona State’s unnamed bowl game, Harry has caught 73 passes for 1,088 yards and nine touchdowns in 12 games this season.

Depending on who else declares for the draft, Harry could be the first receiver off the board. That could very well include him going in the top 10.