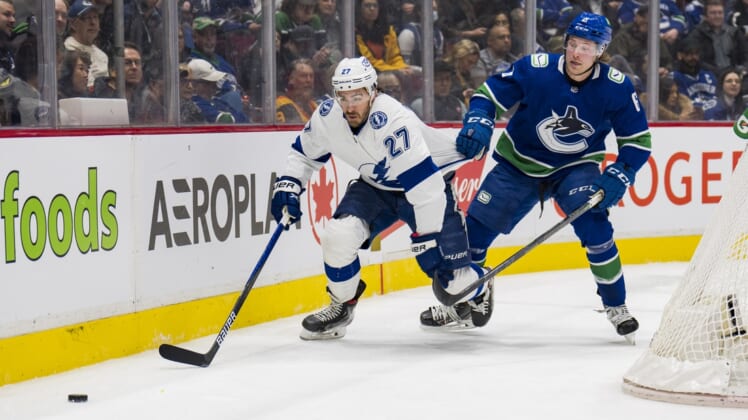 Tampa Bay Lightning defenseman Ryan McDonagh is out indefinitely with an upper-body injury, the team announced.

McDonagh was injured while blocking a shot from Brandon Carlo in the third period of the Lightning’s 3-2 loss to the Boston Bruins on Thursday. McDonagh, who had a team-high six blocked shots, returned for one shift before retreating to the locker room.

The two-time Stanley Cup winner has 331 points (70 goals, 262 assists) in 772 career games with the New York Rangers and Lightning. McDonagh was selected by the Montreal Canadiens with the 12th overall pick of the 2007 NHL Draft.