Former Philadelphia Eagles’ running back LeSean McCoy officially became a member of the Buffalo Bills on Tuesday after an astonishing trade sent him packing last week. 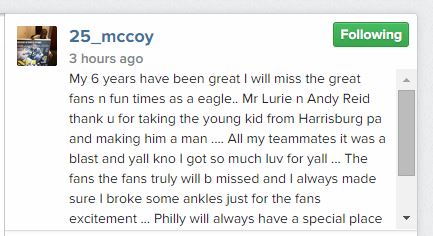 Talk about a major snub. The free agency period has definitely been a time of bent feelings from some of the players. Earlier this week, DeMarco Murray erased his Twitter of any Cowboys’ references and Jimmy Graham changed his Twitter bio to say “traded.” McCoy’s goodbye certainly won’t be the last bitter act put out for the world to see.