At certain  points in their current NBA Finals series against the San Antonio Spurs, it seems that the Miami Heat are nothing more than LeBron James and a bunch of second or third tier scrubs. In fact, at one point during Game 4, they reminded me a great deal of the Cleveland Cavaliers team James led to the NBA Finals back in 2007.

It’s not as much a question about James’ talent or ability to lead a team to the title. After all, this is James fifth venture into the NBA Finals. The one common theme in all five trips is that he has been the true star of the team.

Dwyane Wade and Chris Bosh have been key components in each of the last four seasons in Miami, but both seem to be taking a step back at this point. 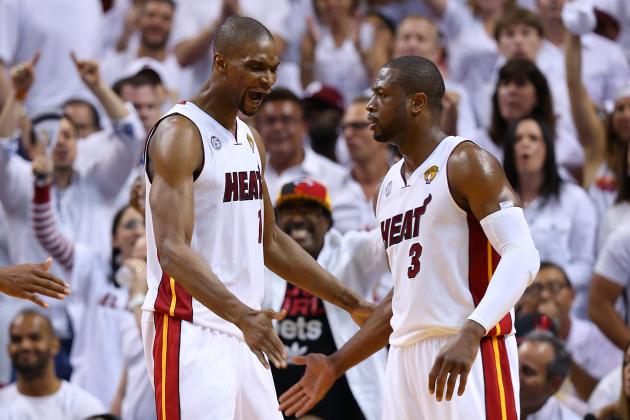 Courtesy of USA Today: Are Wade and Bosh prepared to step up?

As to where James is averaging 27.5 points, over seven rebounds and just less than four assists per game in the Finals, the other two have struggled to an extent. Wade and Bosh are averaging a combined 30 points and 8.5 rebounds per game in the series. If you look at it from that perspective, their production has barely equaled that of James over the first four outings.

That’s not going to get it done against one of the best teams of this generation.

Then you have the supporting cast. Outside of Ray Allen and a surprising Rashard Lewis, the Heat are getting absolutely nothing from the rest of their roster. 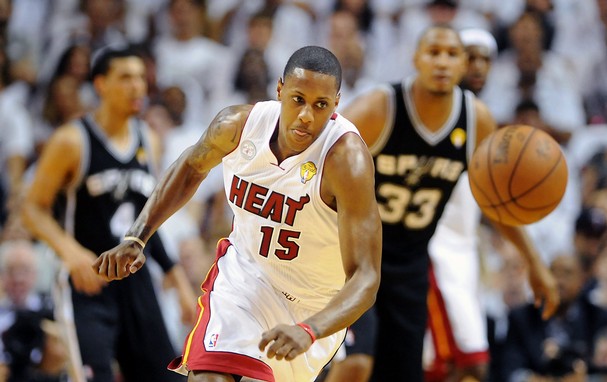 Chris Anderson, Shane Battier, Mario Chalmers and Norris Cole have combined to score 41 points in about 270 total minutes of action through the first four games.

Listen, James is supposed to be the best basketball player on the planet. His status as one of the best to suit up indicates that he needs to be the reason Miami pulls off an amazing turnaround from a 3-1 series deficit, starting tonight.

However, not even some of the greatest to ever play were able to get water from a rock. While you sit back and criticize James, fair or not, maybe take a look at what other Miami Heat players have done through the first four games. Most of the onus should be on James, but he needs some help.