Lebron James could make $50 mil at 40, with an offseason extension from Los Angeles Lakers 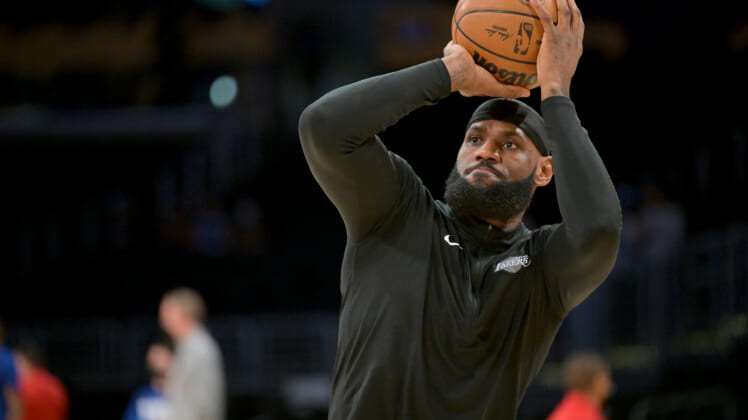 Lebron James could become the highest-paid player in the NBA at age 40, with a possible Los Angeles Lakers contract extension in the offseason.

With a record of 27-31 and sitting in ninth place in the Western Conference, the Lakers have been a massive disappointment this season. The combination of perennial all-star in James, Anthony Davis, and Russell Westbrook has been one of the biggest letdowns in the NBA this season.

The team was unable to make any major changes at the NBA trade deadline and it has led to some friction between the team executives and James. At this point, pondering a long and harmonious future together isn’t a priority for both sides but it is something they should think about soon.

On Friday, Hoopshype offered up a breakdown of the possible moneymaking options for James if things did turn around and he decided to play the next few years in LA. This offseason, the four-time NBA champion would be eligible for a two-year extension, and it is a deal that would make him the highest-paid player in the league at 40.

“If James wishes to finish out his contract and possibly his career with the Lakers, he has several options to maximize his earnings,” the site explained. “For starters, he will become extension-eligible this offseason for up to two years, $97.1 million, which is the most he can get under the Over-38 rule. It would pay him $50.4 million in his age 40 season. He could also let his contract expire and re-sign with the Lakers in the 2023 offseason. A maximum contract for him then would be valued at $151.3 million over three years.”

Despite being in his ninetieth year in the league at 37-years-old, James’ game has not slowed up one bit. He is currently averaging 29.1 points, 7.9 rebounds, and 6.5 assists per game. In a season where Davis has been injured repeatedly, and Westbrook has become a shell of himself, he has been one of the few bright spots in LA.

However, paying him $50 million when he is set to turn 40 would be a monumental risk for the Lakers. And with them possibly heading into a second losing season in four years with James, it may not be the most prudent choice for the franchise long-term. 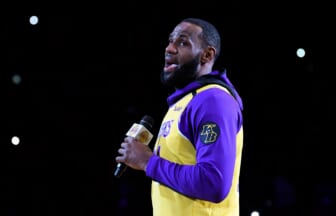 This is before even talking about if James would even sign such a deal. This is unlikely since it would take away much of his leverage if he wanted to pressure the team to make improvements next season, by hanging his looming free agency over the team’s decision-makers.

The Lakers return tonight on the NBA Games Today schedule to face the Los Angeles Clippers at home.