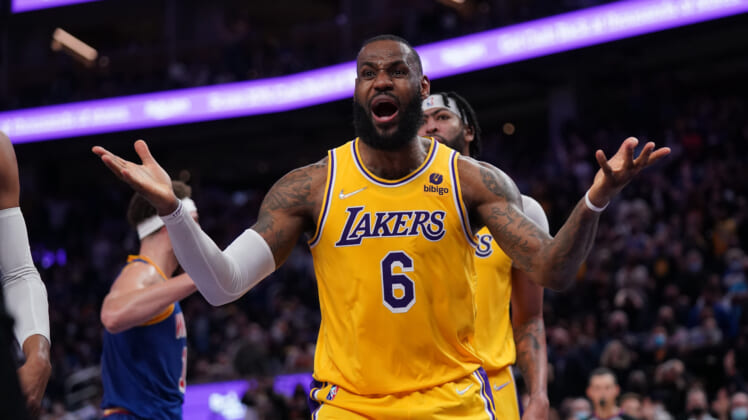 As the NBA schedule and the intensity picks up for the playoff push, the tension between the Los Angeles Lakers and star LeBron James is reportedly rising.

The Lakers return from the All-Star break clinging to the 9th seed in the Western Conference without Anthony Davis. Weeks removed from an NBA trade deadline that saw general manager Rob Pelinka stand pat, holding to the roster assembled during the offseason.

According to Bill Oram of The Athletic, the Lakers’ inactivity at the trade deadline is a primary source of increasing tension between Pelinka and LeBron James. One source told Oram that the situation is like the early days of a war, with the pressure and hostility mounting. 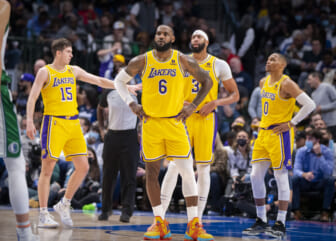 It all seems to center on Pelinka’s decision not to trade Russell Westbrook and the Lakers’ 2027 first-round pick to the Houston Rockets for guard John Wall. Pelinka balked at the asking price and chose to put the pressure on the Lakers’ players, a roster assembled with strong input from LeBron.

The story behind the original Westbrook trade plays an important role in this, too. ESPN’s Dave McMenamin reported in August that LeBron preferred the Lakers acquiring Westbrook over the rumored Buddy Hield deal. Many thought the All-Star point guard would be a poor fit with LeBron and Davis, but the four-time NBA MVP and Klutch Sports felt differently.

Ultimately, the Lakers pulled the trigger on the move. It’s proven to be one of the worst offseason trades in recent memory, costing Los Angeles much of its depth, wiping out few trade assets and making the lineup worse than before.

The Lakers will certainly try to salvage this situation during the offseason. However, LeBron is entering a contract year and with the future Hall of Famer seemingly showing interest in leaving, ownership might face some difficult decisions in the next few months.