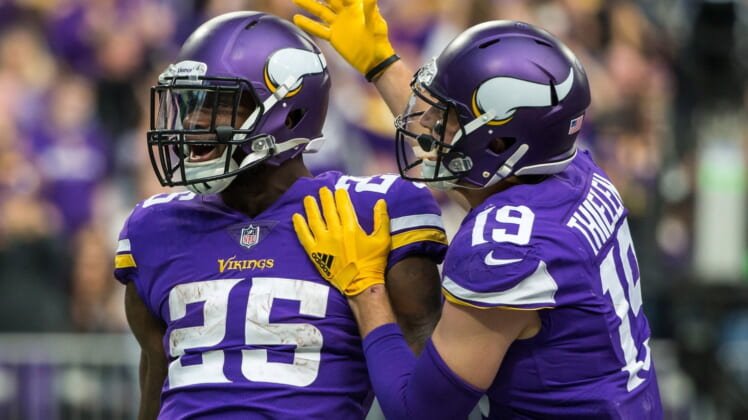 The New Orleans Saints have a new tag-team partner for Alvin Kamara after reportedly signing Latavius Murray to a four-year contract.

According to ESPN’s Adam Schefter, the deal is worth up to $14.4 million over the four years.

This pretty much rules out a return to New Orleans for free agent running back Mark Ingram.

Murray should be a great fit with the Saints. He’s a guy who isn’t suited to be a bell-cow back but who also excels when he gets his chances.

A dual-threat back who has caught 128 passes for 883 yards in his career, Murray tallied 719 yards and six touchdowns last year playing for the Minnesota Vikings.