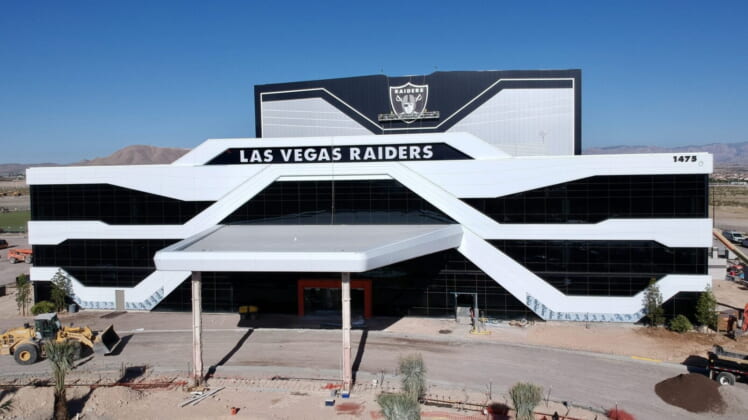 Per NFL mandate, the Las Vegas Raiders must hold their 2020 training camps located at their team’s main training complex. This means Napa is out and the Raiders arrival in Las Vegas comes early.

As we first reported as a possibility last month, the Las Vegas Raiders have confirmed they will conduct their 2020 training camp at the team’s new Intermountain Healthcare Performance Center and headquarters located in Henderson, NV. NFL, and team officials told us in May the move was likely.

“The Raiders are in receipt of the league’s memo dictating that all 2020 training camps must be held at each team’s home facility,” the team said in a statement issued Tuesday. “We will follow the league’s protocol accordingly and begin preparations to host training camp at Raiders Headquarters in Henderson, Nevada.”

The NFL issued the directive stating, due to continued concerns over the COVID-19 pandemic, all NFL teams must conduct their training camps at team facilities. Most NFL teams hold training camp nearby locations focused regionally to allow fans access and teams to bond away from their home market.

The Raiders, as they have for 24 years, were slated to hold their training camp in Napa, Calif. Despite having to cancel their California-based camp this year, the Raiders are considering going back to Napa as has been the plan for some time.

“The Raiders would like to thank and acknowledge the city of Napa and the Napa Valley Marriott, which has been our summer home for 24 years,” the Raiders statement added. “We will evaluate future training camp locations at a later date.”

Despite owner Mark Davis’ statements the Raiders prefer to return to Napa dating to last season, there is still some desire to have the Raiders presence grow in northern Nevada with Reno as a possible training camp location. With its close proximity to Northern California, it has long been said to be the eventual landing spot for the pre-season training camp.

Reno lacks the facilities needed but sources at the University of Nevada, Reno have told Silver and Black Today the Raiders may be preparing for some sort of gift to the Wolf Pack football team which would result in upgraded facilities they could use. That plan is not solidified nor a given.

Although the decision was made, there’s no word from the team just yet on how the camp would work. With average temperatures in the late summer well over 100° F most days, the Raiders will have to use their one-and-a-half indoor playing surfaces a lot. One team source surmised the Raiders may have to alter their plans and opt for very early morning sessions to combat the heat.

Despite all of these details yet to be worked out, the Raiders and the rest of the NFL have not received permission for teams to return to their facilities fully. The Raiders are currently in the process of moving into the new facility as well. Non-football staff members have been allowed to return but no word on when the team and the league will return to full operations.