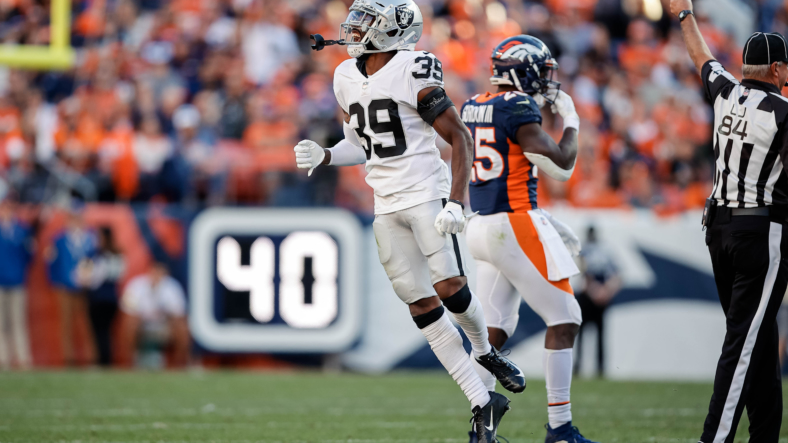 Las Vegas Raiders fans are still getting used to the team’s first 53-man roster heading into Week 1 of the 2022 NFL season and those of us who cover the league are done evaluating them. Getting too comfortable where they sit heading into the last weekend without pro football would be a mistake as more changes and tweaking is on the horizon.

When evaluating where the Raiders are right now, we can make some assumptions about positions they’ll continue to address in the free agent or trade market. We can also take a look at players on the roster and where they stand heading into the first week of full-season practice.

So let’s dive into the various players on the roster whose stocks are up and are in a position of strength, and those who will need to fight for their spots.

Las Vegas Raiders players with stocks that are up

Coming off an impressive rookie season, Hobbs has solidified himself as a corner who can play both inside and out. According to Pro Football Focus, Hobbs was one of the best in coverage in the NFL in 2021 with the fourth-lowest yards per reception (8.5) average in the league. With the trade of Trayvon Mullen to the Cardinals, and the emergence of undrafted rookie Sam Webb, coach Josh McDaniels’ confidence in Hobbs shows. Raiders wide receiver Davante Adams, who has worked out with the young corner the entire offseason, has also praised him and helped develop Hobbs. The expectations are high but it would not surprise anyone to see Hobbs excel with an expanded role in Patrick Graham’s defense. 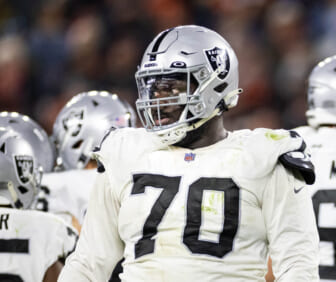 Always a fan favorite, Abram was put on notice this offseason when the Las Vegas Raiders declined his fifth-year option. Often a victim of the systems he played under during the Gruden era, Abram’s strength has always been playing closer to the line of scrimmage. He’s struggled in coverage and Gus Bradley’s lack of blitz packages didn’t help in 2021. Now, under Patrick Graham, Abram is being used in a way that highlights his strengths. He shouldn’t get a pass on coverage and must improve, but Graham has used him effectively during the preseason and the performance has been good.

Raiders players with stocks on the decline

Before you scream and call me an idiot, hear me out. I don’t view Waller’s stock as down because of any lack of talent or his ability to be a game-changer on this Las Vegas Raiders offense. Instead, in my view, his stock is barely down because of unknowns. Darren Waller is not injury prone but he is coming off an injury that cost him six games in 2021. He’s an incredible individual who has handled his desire for a new contract with the utmost class and respect for his team and the season ahead.

Yet, we just don’t know how he’ll be on Day 1 and that gives me pause. I talked about it at length on our podcast. I do think the Raiders give him a raise and the contract issue doesn’t factor into my concerns. I anticipate his stock will be way up when he balls out on Week 1.

With the much-maligned situation on the Raiders’ offensive line during the offseason, the lukewarm performance of John Simpson was a surprise. While rookie Thayer Munford, Jr. and Jermaine Eluemunor have raised their profile on the right side during the preseason, Simpson seemed to have taken a step back. Simpson may end up starting on the left side but I have concerns about where he’s at heading into the season. He’s been a solid performer in the past and perhaps the arrival of the regular season will have him back on the stock’s up list shortly.