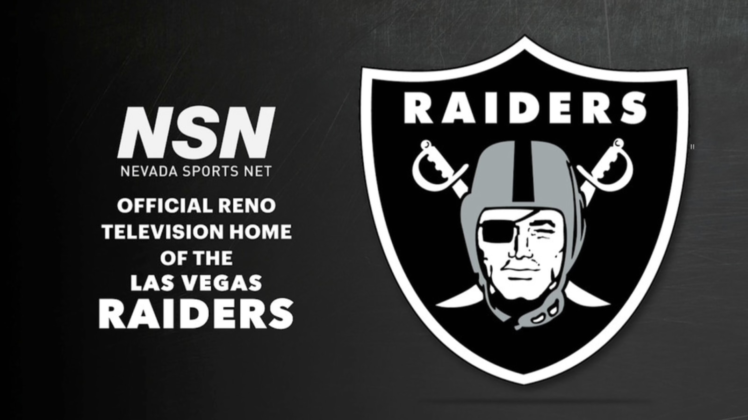 Nevada Sports Net and the Las Vegas Raiders announced today the network will be Reno’s exclusive home for preseason games and special content throughout the NFL season.

The Las Vegas Raiders continue a flurry of broadcast agreements as the team ramps its efforts to familiarize its new state with the team, it’s media properties and brand.

Today’s announcement of its first television deal in Reno, says “the multi-year agreement enables NSN to become the ‘Official Home of the Raiders’ in Northern Nevada, which includes airing all four of the team’s preseason games.”

In addition to carrying all of the preseason games in 2020, NSN will also carry the Raiders official ‘The Silver and Black Show”; an annual NFL draft special; a special preview of the upcoming season; and post-game programming throughout the year.

“The addition of Las Vegas Raiders preseason games and special content illustrates our dedication to increasing our portfolio of content to bring the best local and national sports to our Northern Nevadan viewers,” said Amie Chapman, Vice President and General Manager of News 4, Fox 11 and Nevada Sports Net. “We are thrilled to expand our coverage of national sports with the Raiders, who have one of the strongest and most passionate fan bases in the country.”

The Raiders have already signed two “official station” agreements with both Fox 5 and News Now (Channel 8 CBS) in Las Vegas as their aggressive entry into the Las Vegas and Nevada markets continue.

The Raiders will continue to support a number of charitable causes in Northern Nevada via the Raiders Foundation.