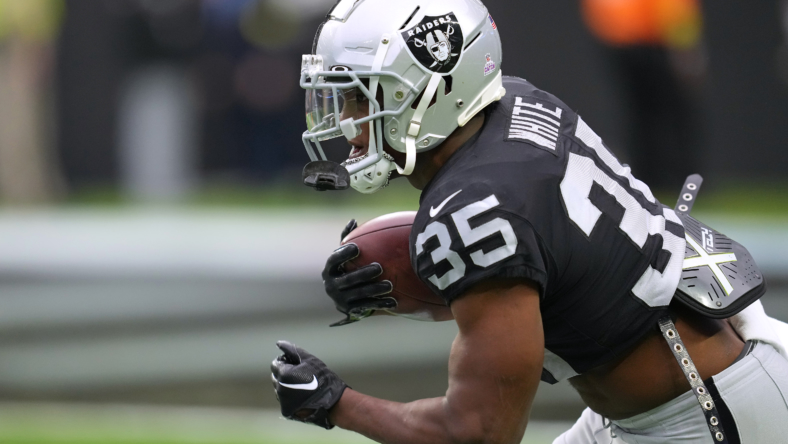 The 2-6 Las Vegas Raiders have been a mess. With a couple of key offensive players on injured reserve, and a leaky defense that ranks in the bottom six in points, yards allowed, third-down conversion rate, and red-zone efficiency, Vegas will likely emphasize player development the rest of the way because they’re not going to make the playoffs this season.

If the Raiders lose to the Indianapolis Colts, who fired Frank Reich and hired an interim head coach without collegiate or pro experience in Jeff Saturday, they’ll hit rock bottom. Which says a lot considering this team has gone up by 17 or more points and lost in three games this season.

Instead of the doom and gloom, let’s focus on what the Raiders can get out of what’s likely a lost campaign in terms of postseason aspirations.

First and foremost, general manager Dave Ziegler and head coach Josh McDaniels must identify the strengths and weaknesses of the roster from the starters to the depth at each position. Who fits the team’s short- and long-term vision? Do the Las Vegas Raiders have some young guys who can blossom into starters?

Also Read: NFL offense rankings – Who has the filthiest O heading into Week 10?

Ziegler and McDaniels will need to see a few guys play more snaps in order to adequately answer those questions, so we have three names to keep an eye on for the remainder of the 2022 season.

The Las Vegas Raiders just signed Sidney Jones IV after Sunday’s loss to the Jacksonville Jaguars, but he’ll have an opportunity to lock down a roster spot with his ability to handle zone coverage.

Recently, safety Duron Harmon said (via Tashan Reed of The Athletic) that the team had man-cover cornerbacks, but he talked about a need for guys to fulfill expectations in zone assignments:

As a second-round pick out of Washington in 2017, Jones generated some buzz as a zone cover defender who can become an NFL starter, but he battled multiple injuries early in his career, missing 33 games before he played 16 out of 17 contests with the Seattle Seahawks in 2021.

Last year, Jones tied with D.J. Reed to lead the Seahawks with a career-high 10 pass breakups and allowed an 84.3 passer rating in coverage. Early this season, he fell behind a surprise gem in rookie fifth-rounder Tariq Woolen and fourth-year veteran Michael Jackson, but the 26-year-old is still in his prime.

If Jones stays healthy for the remainder of the season, he can carve out a role on the perimeter over Anthony Averett, who’s struggled mightily, allowing 14.5 yards per completion and a 146.9 passer rating in coverage. Even when Nate Hobbs returns from injured reserve (broken hand) and lines up in the slot, Jones can remain on the boundary opposite of Rock Ya-Sin.

Remember, Ya-Sin and Averett will become free agents in March, leaving Hobbs as the Las Vegas Raiders’ only probable starter at cornerback in 2023.

At this point, head coach Josh McDaniels should see what he has in Thayer Munford Jr., who’s split snaps with Jermaine Eluemunor at right tackle. According to Pro Football Focus, neither player has allowed a sack since Week 3 or committed a penalty since Week 5.

With that said, Eluemunor’s contract expires after the 2022 season. If the Las Vegas Raiders think Munford is good enough to share a lead role, why not evaluate him in a full-time starting position?

If he makes strides, Ziegler may be able to wait until the back end of Day 2 of the draft to select a tackle or avoid overspending for one in free agency. The Raiders might have a late-round gem in the Ohio State product, but they’ll never find out if he continues to tag team with Eluemunor at a premium position.

This past summer, Vincent Bonsignore of the Las Vegas Review-Journal reported that the Las Vegas Raiders saw a potential starter in Munford. Well, they should test their theory:

Josh Jacobs is on pace for his best season, averaging career highs in yards per rush attempt (5.4) and rushing yards per game (92.9). He’s fourth leaguewide in rushing with 743 yards.

However, we don’t know if Jacobs is in the Raiders’ future plans. Team brass didn’t pick up his fifth-year option, so he’ll become a free agent in March. Because of his strong year, Ziegler may make an attempt to re-sign him, but McDaniels should at least increase Zamir White’s involvement in the offense.

Vegas selected White in the fourth round of the 2022 draft, and he has just six carries for 20 yards. The rookie ball carrier has fewer rush attempts than quarterback Derek Carr (15) and 32-year-old tailback Brandon Bolden (eight). 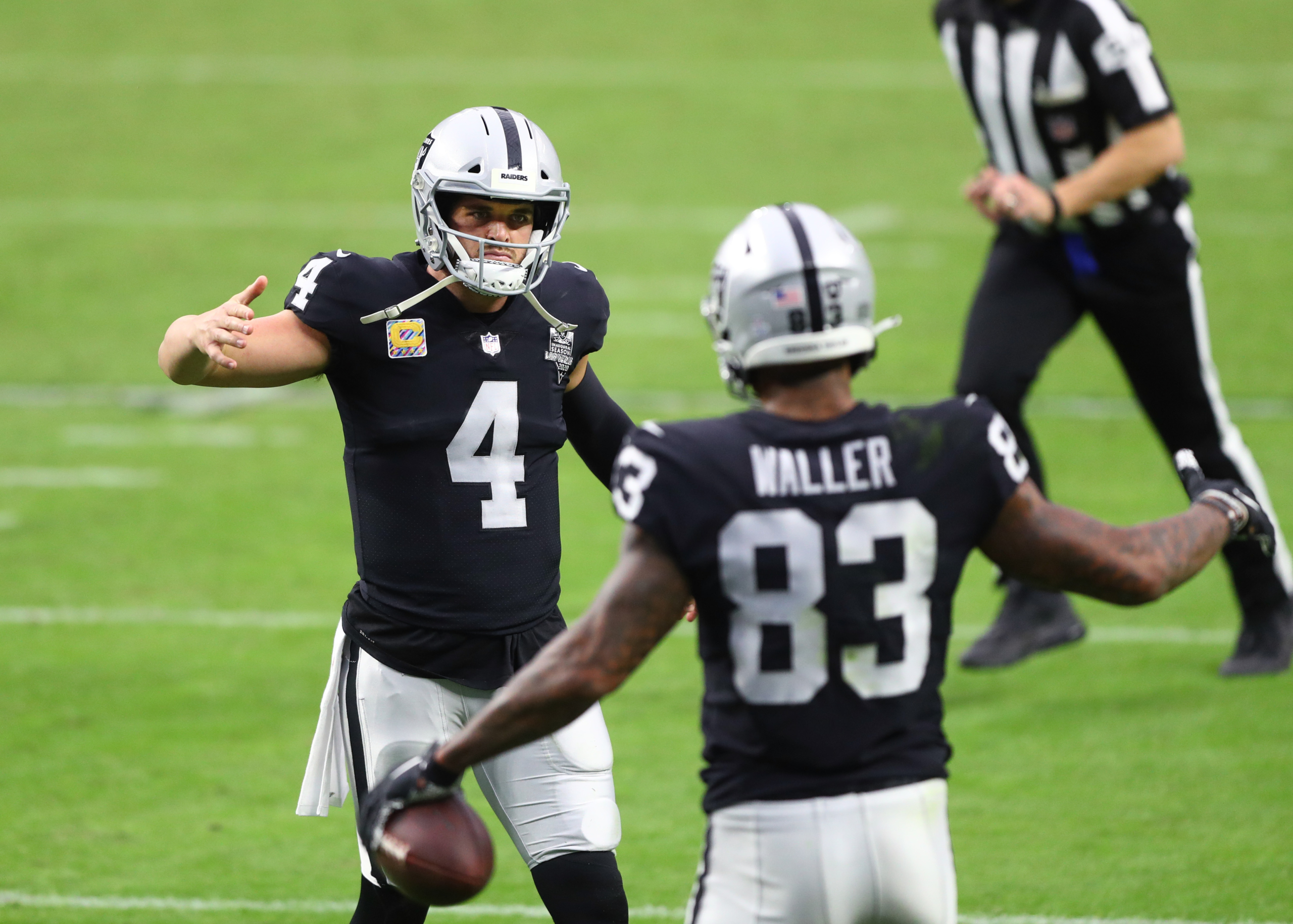 Ziegler will likely consider White’s ability to handle a lead role or contribute to a backfield committee when he makes a decision on how to approach Jacobs about an extension or whether to make an offer at all.

McDaniels doesn’t have a complete idea of what he has in White as a future ball carrier in his offense. The Las Vegas Raiders don’t have to bench Jacobs with the playoffs clearly out of reach, but the coaching staff should at least plan to give the rookie running back five to 10 carries per game to identify his strengths and weaknesses in an evaluation period over the next two months.