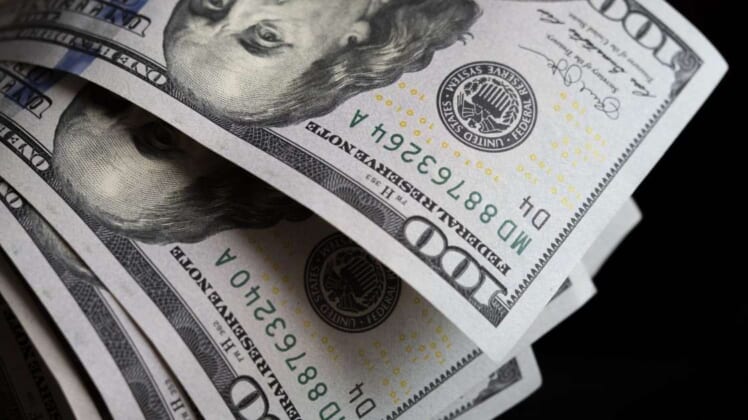 With an agreement between the NFL and it’s players working toward a resolution, how next season’s salary cap in this COVID-19 impacted season changes is still unknown. For the Las Vegas Raiders, there are ways to benefit and prepare for any eventuality.

As the NFL figures out how to safely reconvene for training camp, we have an idea of future ramifications, specifically revenue loss from COVID-19. According to ESPN’s Dan Graziano, the salary cap could drop $70 million, which means the Las Vegas Raiders may have to make tough cuts or trades to free up space in the near future.

Then again, the Raiders spent their money responsibly over the last two offseasons, signing veterans to shorter deals or allowing themselves an early out without dead money on a few contracts.

Last year, Gruden and Mayock took on a more conservative approach. None of the team’s free-agent acquisitions signed a deal for longer than three years. Linebacker Cory Littleton headlined the group as the “hot-ticket” acquisition. He signed a three-year, $35.3 million contract, which includes $22 million in guarantees. The Raiders can release him without dead money owed after the 2021 term.

How do these contracts factor into the potential financial strain in the next few years?

The Raiders can release underperforming players, stay under the shrinking cap and still acquire quality talent on the open market. They have room to tinker with their roster at a time when other clubs may resort to tougher decisions, which may result in surprising cuts.

Let’s take a look at five contracts to keep monitor going into the next offseason:

Las Vegas can save approximately $59.6 million if they cut all of the players listed above, which isn’t ideal, but the team can save significant cap space with just two or three cuts.

The club can recoup another $14 million for parting ways with Brown, but he’s coming off a Pro Bowl season at right tackle. Barring a disastrous 2020 season, the 6’8″, 380-pounder will probably remain on the roster in 2021.

We can’t ignore the fact that Derek Carr has a capable starter behind him on the depth chart. Marcus Mariota goes into the season as the highest-paid backup quarterback.

If Carr flops, he could lose his job to Mariota during the season, or Gruden can open up a competition for the starting job in 2021. In that scenario, the Raiders would obviously move on from Carr and save a whopping $19.6 million.

While Carr has a stronghold on the starting job, he’s not untouchable. The three-time Pro Bowler goes into his third year in Gruden’s system. The Raiders revamped the offense this offseason, adding Henry Ruggs III, Bryan Edwards and Lynn Bowden Jr., so we should see a team that ranks higher than last year’s 24th-ranked scoring unit. If not, the Silver and Black will likely look for a new starter under center.

On the other hand, if Carr has one of his best seasons, the Raiders may feel comfortable cutting Mariota to recoup some cap space. Gruden can reaffirm his infatuation with Nathan Peterman, signing him to a new deal or draft a quarterback for the backup position.

On the Hot Seat?

The Raiders selected guard John Simpson in the fourth round of April’s draft. He could become Jackson’s eventual replacement. The veteran offensive lineman allowed five sacks during the previous campaign, per Pro Football Focus. Team brass put the seventh-year veteran on the trade block this offseason, per NFL Network’s Ian Rapoport.

Williams has to look over his shoulder as well. According to Adam Caplan of Inside the Birds, the Raiders see Edwards as a potential starter.

“Edwards doesn’t figure to have much of a role this season, but he was drafted with the belief that he could start down the line,” Caplan wrote.

If that’s the case, Edwards would line up with Ruggs and Hunter Renfrow in three-wide receiver sets. If the South Carolina product can fill the “X” position on a rookie deal, Williams’ cap number would likely put him on the chopping block.

Joyner made little impact in his first year with the team. He allowed a 69.4 percent completion rate in coverage. Barring a transition to safety, which may salvage his future with the club, the versatile defensive back would likely hit the open market after another disappointing term. Rookie fourth-rounder Amik Robertson could take over in the slot.

Of course, you’d like to see Jackson, Williams and Joyner perform at their best, but the Raiders can go in a new direction with each position at a cheaper price in case those veterans struggle in the upcoming campaign and free up salary cap space.

The Silver Lining is in the Savings

With the exception of Carr, veterans in danger of losing their jobs could still become valuable trade assets worth moving if the Raiders need cap space.

Because of restrictions on practices this offseason, Edwards, Simpson and Robertson could take significant leaps following a full offseason as second-year players.

You don’t want to see Jackson, Williams or Joyner go if they produce, but production isn’t the only factor in the NFL’s bottom-line business.

Sometimes, teams have to make roster decisions with the salary cap as the determining factor. COVID-19 will force every club to take a critical look at its budget in 2021. Fortunately, the Raiders have contract flexibility and position depth to adjust in the next offseason.