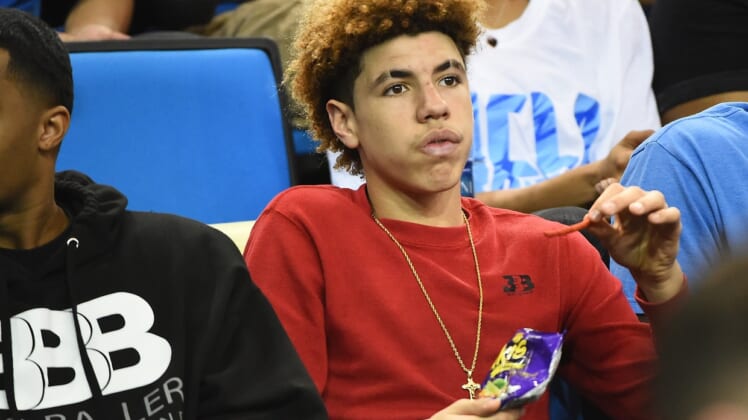 LaVar Ball’s Big Baller AAU team, featuring his 15-year-old son LaMelo Ball, was routed over the weekend during an AAU game. LaMelo had an awful game that was highly publicized, which resulted in plenty of insults, jokes and insults tossed his way.

A lot of it came after a short video highlighting LaMelo Ball and his poor game came out.

This dude LaMelo Ball has to be the worst person imaginable to play with pic.twitter.com/QGsUPLha6w

Responding to it all, Ball questioned what his life would be like if he had never picked up a basketball and seemed to lament how easily people turn when the going gets rough.

Ball has a ton of pressure on his shoulders as the son of LaVar and the younger brother of NBA draft prospect Lonzo, who is expected by many to be the No. 2 overall pick (Los Angeles Lakers). It’s not fair to make fun of him for being part of a blowout loss, and it’s not his fault he has the spotlight so firmly planted on every move he makes.

Also, it’s not like he went and did something criminal. He had an awful game. Period.

So next time you think about taking shots at this young man, think twice.