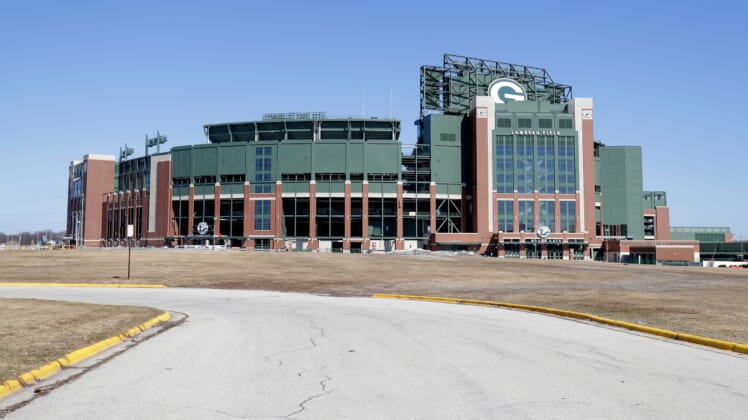 The Notre Dame Fighting Irish received unfortunate news this week after it was decided this year’s football game against Navy would be moved from Ireland to Maryland. Fortunately, after already losing out on playing in one prestigious location, Notre Dame won’t be losing out on another.

Despite the ongoing COVID-19 pandemic, the upcoming clash between Notre Dame and Wisconsin is still on. Two of college football’s most iconic programs will meet on Oct. 3 at one of the most cherished football stadiums in the United States.

Notre Dame-Wisconsin game will be played at Lambeau Field

Green Bay Packers president Mark Murphy announced on Saturday that despite some concern of potential relocation due to the coronavirus, this year’s game between Wisconsin and Notre Dame will be played at Lambeau Field. The statement came after speculation suggested it would need to be moved to South Bend, following the decision for the Navy-Notre Dame game.

Both Wisconsin and Notre Dame confirmed with the Packers that they plan to play at Lambeau Field this fall. It marks a wonderful opportunity for both programs to play at a prestigious NFL stadium. The tradition is set to continue in 2021, when both programs complete the two-game series with a clash at Soldier Field in Chicago.

It’s still unknown how many fans will be able to attend the game at Lambeau Field. However, there seems to be increasing optimism that some fans will be allowed. It’s wonderful news as excitement is already building with these two programs set to face off for the first time since 1964.