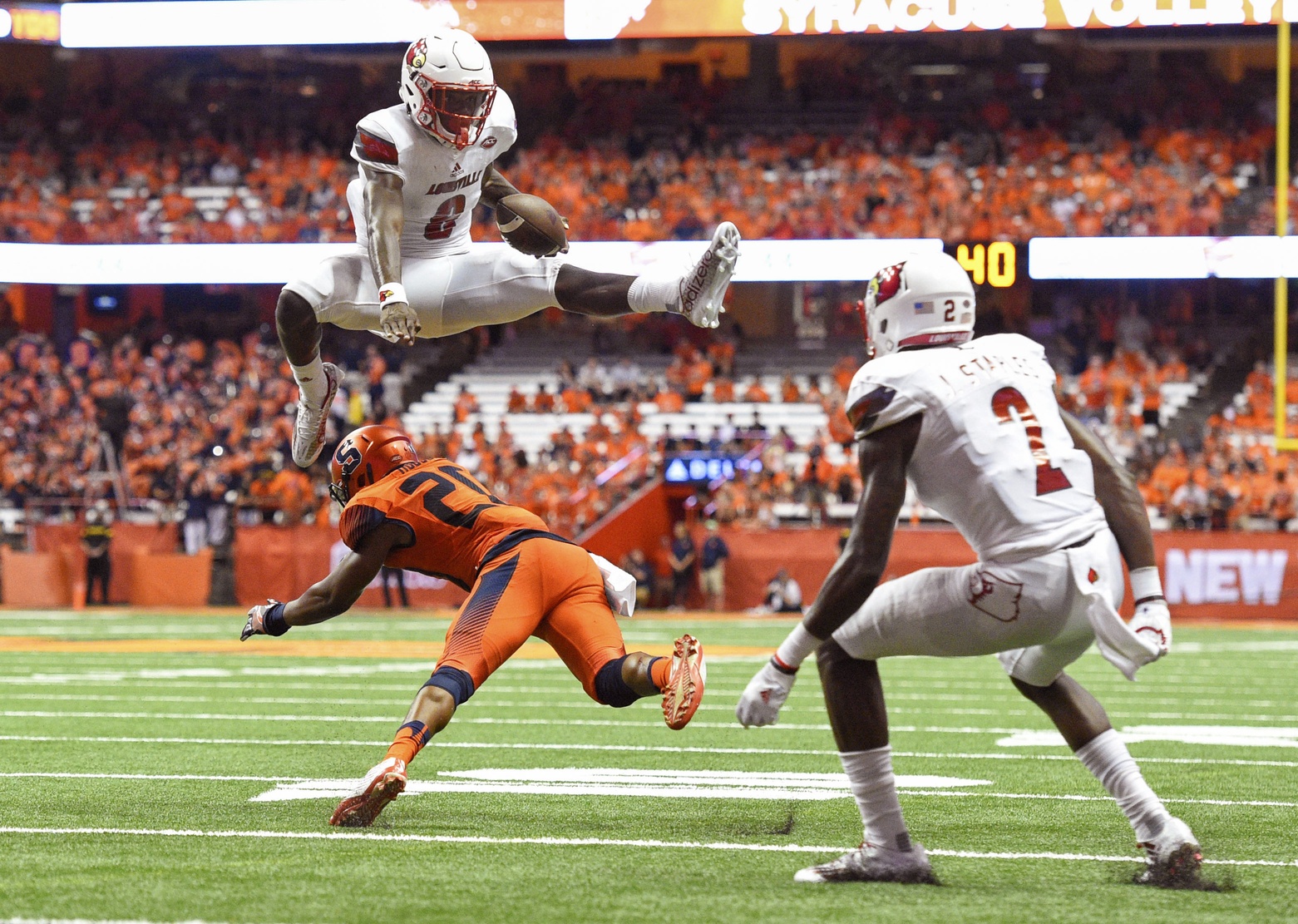 Lamar Jackson had a Heisman moment when he leaped over a defender in Week 2 against Syracuse. He did it again on Friday night against Duke in Week 7.

Hahahahhaha Lamar Jackson is Mike Vick from Madden 04, but in real life https://t.co/4jrk6vryfR

Unfortunately, this fine display of ridiculous athleticism did not end up with points on the scoreboard. In fact, Duke is giving Jackson and the Cardinals all they can handle, hanging within two scores at 17-7 heading into the fourth quarter.