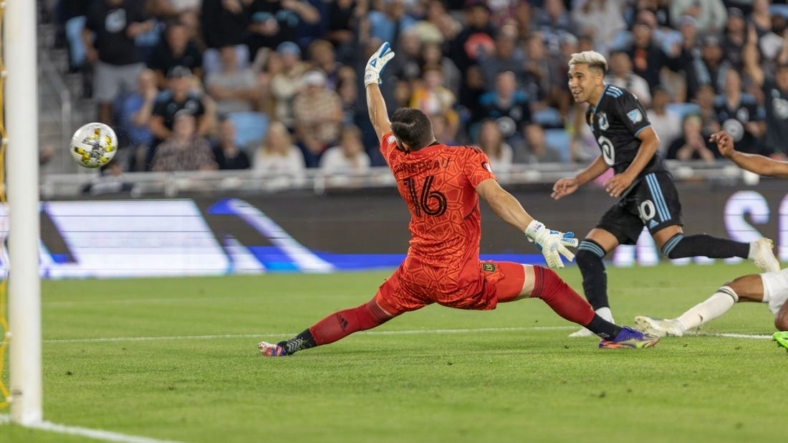 Brent Kallman scored for Minnesota United (13-12-6, 45 points), who ended a three-match losing streak. The Loons are tied for the fifth-most points in the West with the Portland Timbers.

Minnesota United had two major chances in the final two minutes before settling for a tie.

First, a long pass went downfield for Emanuel Reynoso and LAFC goalkeeper Maxime Crepeau came forward but the ball took a high bounce over his head. Just as Reynoso got first touch on the ball, LAFC’s Kellyn Acosta was able to knock it away before Reynoso could take a shot.

Then in the fifth and final minute of stoppage time, the Loons’ Jonathan Gonzalez sent a header just wide of the net.

Minnesota was outscored 7-0 during its three-game slide.

Dayne St. Clair made two saves for Minnesota, while Crepeau had one for LAFC.

Kallman gave Minnesota a 1-0 lead in the 45th minute. Reynoso took a corner kick and sent a cross toward the net. Kallman rose up and headed the ball past Crepeau for his second goal of the MLS campaign.

LAFC evened the score in the 19th minute of the second half when Vela sent a hard left-footed blast from beyond the box into the left corner of the net for his ninth goal of the season.

Before Kallman’s goal, both teams missed big chances in the first half.

Vela chipped a shot over the net for LAFC in the 33rd minute, while Cristian Arango sent a close-range header left of the net in the 43rd minute.

Arango, who has a team-best 16 goals, was subbed out of the match at halftime.