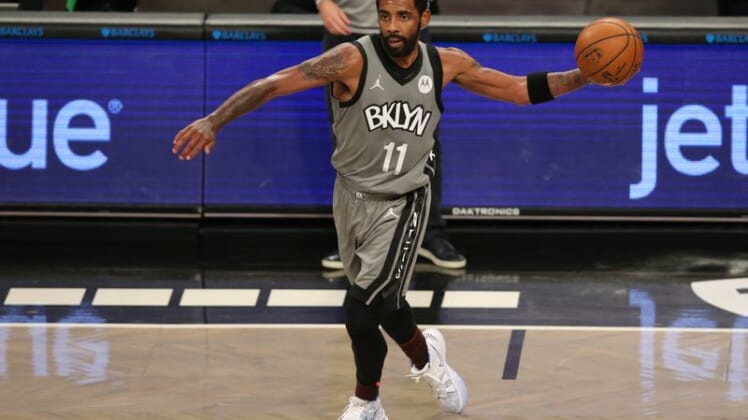 Irving had been listed as questionable. He hasn’t played since Jan. 5 and is working on his conditioning.

The six-time All-Star has missed the past six games — the first five of them for personal reasons. He has yet to play with newly acquired star James Harden.

The Nets are 4-2 without Irving.

In his absence from the team, Irving attended a family birthday party without wearing a mask in violation of the league’s COVID-19 rules and was fined $50,000 by the NBA and penalized more than $800,000 in salary.

Harden had 32 points and a triple-double in his Brooklyn debut on Friday night, and Kevin Durant scored a season-high 42 points.

The Nets play Wednesday and Friday in Cleveland, where Irving began his career and played from 2011-17.

In seven games this season, Irving is averaging 27.1 points, 6.1 assists and 5.3 rebounds per game.