Report: Cardinals will not take Kyler Murray with No. 1 overall pick 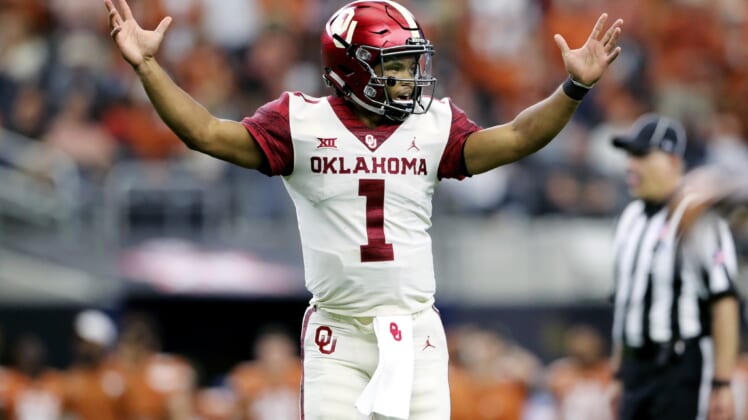 The Arizona Cardinals have been trying to sell everyone on Josh Rosen for the past month amid Kyler Murray rumors. Maybe they have been telling us the truth.

Despite an overwhelming amount of smoke behind the rumor that Murray is as good as a member of the Cardinals already, Pete Prisco of CBS Sports has heard differently. In a video segment, he said that the Cardinals actually will not be drafting Murray with the first overall pick.

Prisco said that the initial push came from Arizona ownership, which is struggling to sell tickets. Obviously, bringing the Heisman Trophy winner on board would drum up interest. However, Prisco said he’s heard that the team’s brass has pushed back against that, and that the Cardinals will now be going in a different direction.

Of course, if you believe any draft-related rumors at this point, I’d like to introduce you to my cousin who is selling beachfront property in Nebraska at a rate you cannot beat.

It’s officially lying season in the NFL, ladies and gentlemen.

The Cardinals might draft Kyler Murray. They might not. There’s no doubt the dynamic quarterback would inject some rocket fuel into Kliff Kingsbury’s offense. Yet there’s the simple factor that Rosen, whom the team traded up to select at No. 10 overall just a year ago, is still hanging around with no trade in sight.

Until the Cardinals actually make a selection on Thursday, nobody but the guys inside that draft war room have a clue.