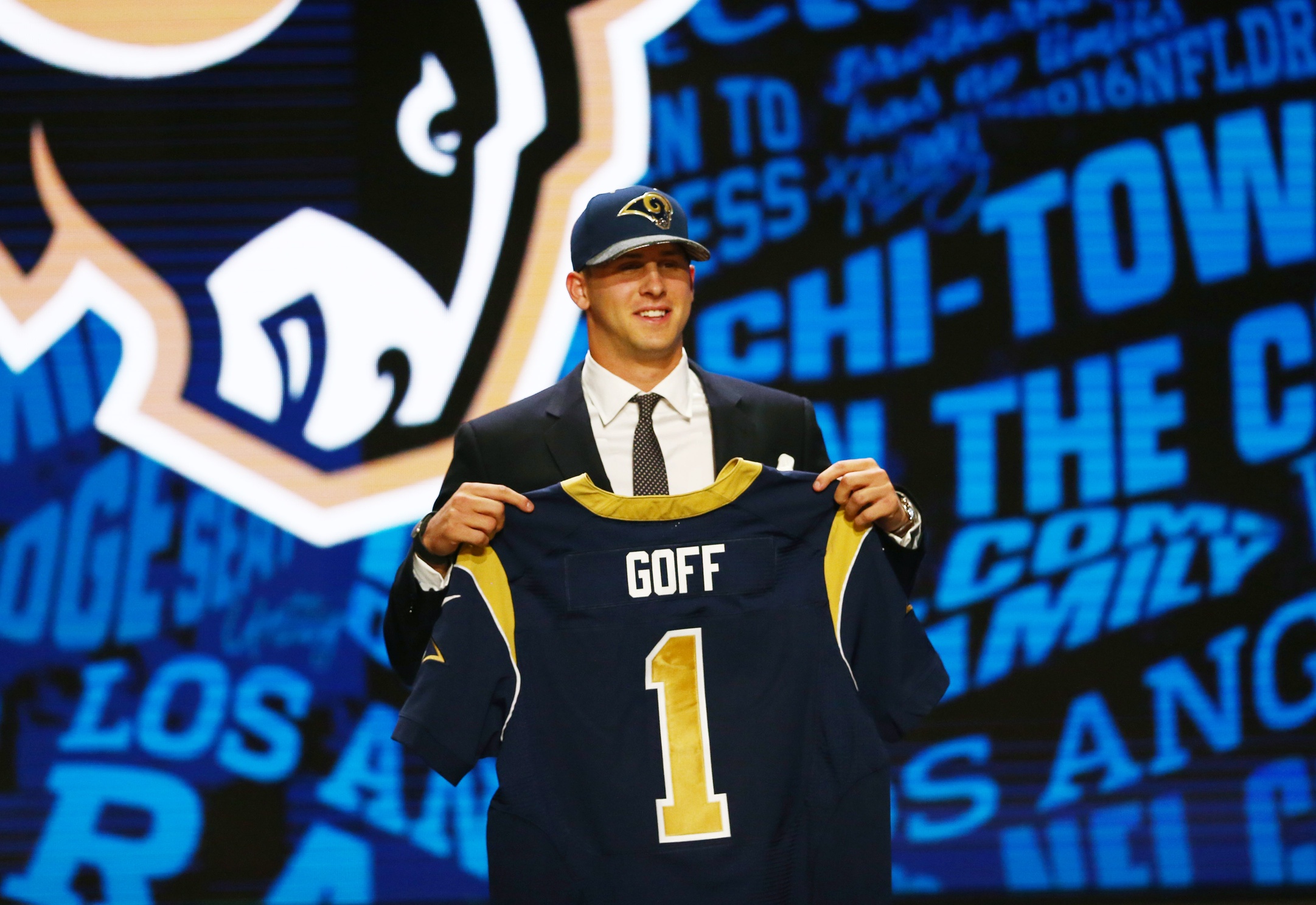 Those of us who cover the NFL for a living understand the months leading up to the NFL Draft represent the league’s lying season.

Agents, organizations and players themselves say things they don’t mean, either on purpose or because their tongues slipped. Regardless of the reasons, pretty much everything that is said via a source, rumor or report must be taken with a grain of salt.

Never has this been more perfectly illustrated than what you are about to see.

Following a report Monday night that the Cleveland Browns organization is split about whether to draft a quarterback or take Myles Garrett (more on that here), this happened.

Browns FO clashing with Hue because he wants a QB per Mike Freeman. Or because Hue wants Myles Garrett per Tony Pauline pic.twitter.com/3x96tFcE1G

Two separate reports by two people who have sources in the NFL are in direct conflict here.

Mike Freeman of Bleacher Report is hearing the Browns are clashing because head coach Hue Jackson wants a quarterback but the front office wants Myles Garrett. Tony Pauline of draftanalyst.com is reporting the exact opposite — that the Browns are clashing because Jackson wants Garrett but the front office wants a quarterback. The Browns would be crazy to take a quarterback at the top of the draft instead of Garrett, but I digress.

This kind of stuff drives fan bases crazy. It stirs up conversation and it keeps people on the edge, impatiently anticipating the moment when their team finally selects a player in the first round of the NFL Draft.

It is also completely intentional and serves another purpose — it keeps teams guessing about what their opponents are actually thinking about leading up to the draft. For the Browns in this case, it’s highly likely that Sashi Brown, Paul DePodesta and Co. actually wouldn’t mind luring a team that desperately needs a quarterback into making a deal for the No. 1 overall pick.

Nobody knows what is going to happen. It’s a huge game of chess in which teams use the media as a pawn to put out disinformation. There are plenty of other recent examples of leaks that are designed for the sole purpose of creating doubt and intrigue.

The San Francisco 49ers are reportedly “seriously considering” using the No. 2 overall pick to select former LSU running back Leonard Fournette. The Buffalo Bills are looking at top quarterbacks (it’s a fact) but are trying to convince their fans that perhaps it’s nothing more than a smokescreen. The list goes on and on.

With all that being said, don’t believe anything you read this spring until either a trade actually happens or the players start coming off the board.