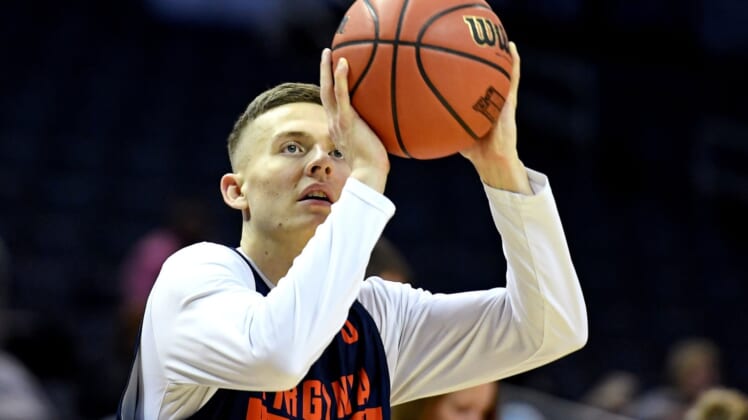 Sports have a way of bringing out the worst emotions in angry fans. Kyle Guy and the Virginia basketball team experienced that scary side after losing in the first round of the 2018 NCAA tournament.

In a post on Facebook, Guy said the Cavaliers needed a police escort and went into the team’s hotel through a back entrance following the loss to 16th-seeded UMBC because of death threats.

“When we finally got to leave the arena we had to get a police escort and go in the back of the hotel. You know why? Because we got death threats. There was suspicion of someone hurting a bunch of 18-23 year olds for losing a damn basketball game.”

Virginia became the first-ever No. 1 seed to lose an opening-round game to a No. 16 seed in the men’s tournament. And, frankly, it wasn’t even close. UMBC scored 53 points during the second half en route to a 74-54 win.

However, there’s absolutely no excuse for that threatening reaction. It’s only a basketball game; it shouldn’t be that serious.

No athlete should ever feel in danger because of a result. Hopefully, Guy and his teammates never experience that again.