Kristaps Porzingis out with COVID, not with Mavs at MSG 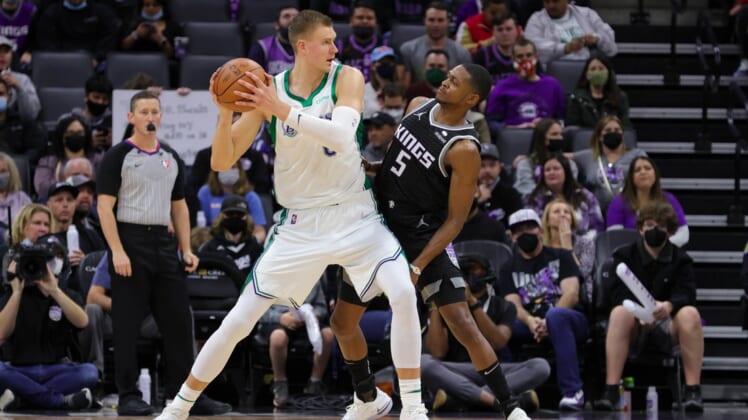 Kristaps Porzingis remains in NBA health and safety protocol on the eve of the Dallas Mavericks visit to Madison Square Garden.

The Mavericks said Porzingis and Willie Cauley-Stein (personal reasons) would not be available Wednesday night.

Porzingis and Bucks forward Giannis Antetokounmpo entered the week as the only NBA players averaging 20-plus points, eight-plus rebounds and 1.5 blocks per game this season.

Porzingis was placed in COVID protocol on Jan. 3, one day after Luka Doncic returned to the team.

Porzingis was drafted by the Knicks in 2015 and traded to the Mavericks while rehabbing from a torn ACL.

Wednesday is the only scheduled visit for the Mavericks to Madison Square Garden this season.