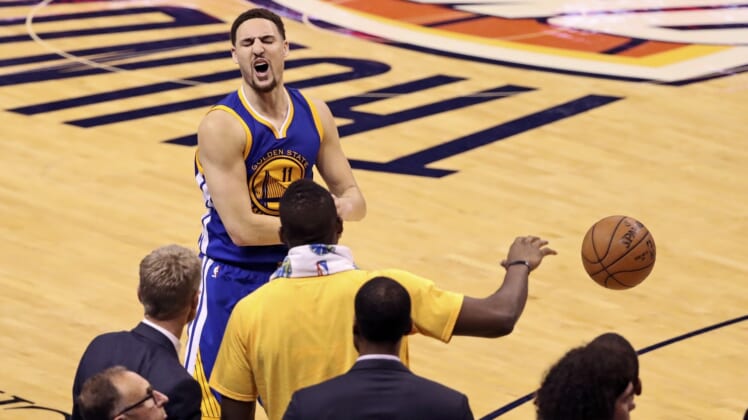 Back in March, Klay Thompson was asked by a fan to sign a toaster. He happily obliged the random request, and since Thompson signed that toaster, the Golden State Warriors have lost just one game.

Along the way, Golden State became the first team to ever go 12-0 en route to the NBA Finals. If they end up sweeping the Cleveland Cavaliers, Thompson has special plans that involve toasters.

Game 2 of the 2017 NBA Finals should tell us how feasible a sweep really is. While the Warriors absolutely abused the Cavs in Game 1, a single contest does in no way indicate the way the series will go. Just ask the Warriors, who famously lost after going up 3-1 last year against this same team.

Thompson has been a huge reason Golden State has gone undefeated thus far in the playoffs. While his shooting stroke hasn’t been great, his defense has been stifling.

If he can continue to lock down the perimeter, then perhaps the Warriors can really finish without a single blemish, but we’re not holding our breath. King James and Co. have too much pride for that, and we’re betting they win at least one game at home.