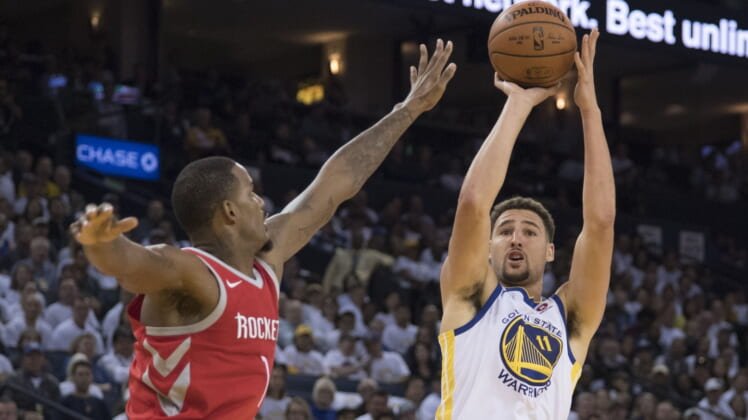 Klay Thompson is going to re-sign with the Golden State Warriors, unless the team doesn’t offer him a five-year max deal.

This is the story we’ve been hearing for quite a while now, with Thompson’s own father recently saying there’s “no question he’ll re-sign with the Warriors.

However, if the Warriors opt not to offer Thompson a five-year deal worth $190 million, then there’s a chance he could sit down with the Los Angeles Clippers.

ESPN’s Adrian Wojnarowski said Tuesday that if the max deal “is not there for Klay Thompson on Sunday at 6:01 PM Eastern… My information is that he would be very open to going to sit down with the Clippers.”

Thompson is scheduled for a meeting with Warriors general manager Bob Meyers this week ahead of free agency.

The Warriors have given every indication they have no problem laying down big money to keep their stars. In fact, Meyers recently said the team has no budget as it attempts to stay competitive in the Western Conference.

Needless to say, it would be a shock if Thompson ended up talking with the Clippers, or another team, and ended up going elsewhere. But there certainly is interest from other teams, should that occur.