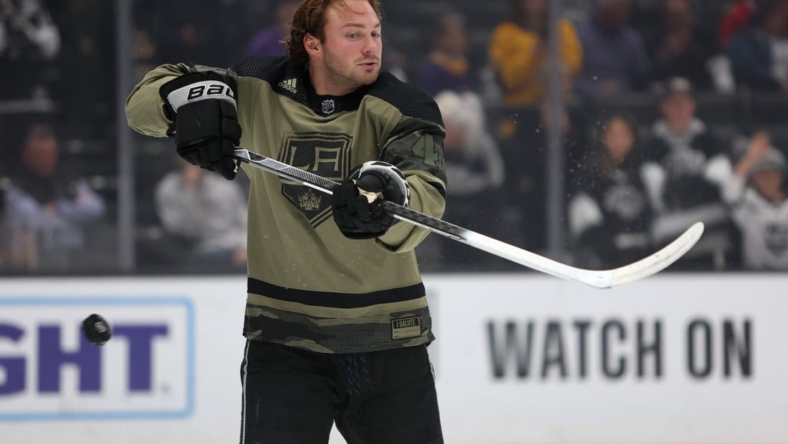 Lemieux did not return after delivering a second-period hit to Detroit forward Adam Erne in Saturday’s 4-3 victory against the Red Wings.

“I think he’s probably going to be out for a little while,” Kings coach Todd McLellan said after the game.

Lemieux, 26, has no goals and three assists in 15 games this season. He leads Los Angeles in penalty minutes (28) and ranks second on the team in hits (42).

The Kings also assigned defenseman Brandt Clarke to the Ontario Reign on a conditioning loan and recalled forward Lias Andersson and defenseman Jacob Moverare from the American Hockey League club.